newsinfo / Nation
Nation
BECAUSE OF RUMORS ABOUT HIM, HE ASKED TO BE RELIEVED

Piñol: ‘I did not say the President has lost trust in me’ 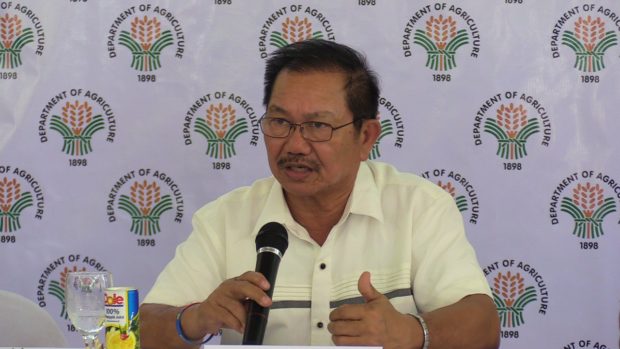 [Editor’s note: An earlier version of this story reported that Agriculture Secretary Emmanuel Piñol said his reason for resigning was that President Rodrigo Duterte had lost confidence in him. In this story, he clarifies that he “heard rumors” that the President had lost trust in him.]

DAVAO CITY — Department of Agriculture Secretary Emmanuel Piñol on Sunday denied saying that President Rodrigo Duterte had lost trust in him and that it was the reason why he submitted a letter of resignation.

Speaking to the Inquirer by phone on Sunday night, Piñol clarified that he had asked the President to relieve him of his post.

That, he stressed, was what he related in the speech he made during the oathtaking of North Cotabato Gov. Nancy Catamco at the Amas Gymnasium Kidapawan City earlier on Sunday.

What he did say during the speech was that he had heard rumors that the President had lost trust in him and that he would be affected by the Cabinet revamp and was on the way out.

Piñol said that, after hearing those rumors, he felt he had to ask the President to relieve him of the DA post to give the chief executive a free hand in deciding whether or not he should remain in the Cabinet.

“Just last week, napuno na ako sa intriga, nga kuno si Presidente, wa na’y tiwala sa ako, I am on my way out, and I will be, you know, one of those who will be affected by the revamp,” he said in his speech. “So, well, I wrote a letter to the President: Here I am. I am your soldier. I will follow whatever you tell. Please feel free. I have the best interest of the Department of Agriculture in my mind, wala na.”

[Just last week, I had it with the intrigues; that the President has reportedly lost trust in me, that I am on my way out, and I will be, you know, one of those who will be affected by the revamp. So, well, I wrote a letter to the President: Here I am. I am your soldier. I will follow whatever you tell. Please feel free. I have the best interest of the Department of Agriculture in my mind, nothing else.]

Piñol stressed that what he said in his speech was in the context of sharing with Catamco the lessons he learned while in public service and “how to confront problems.”

“You have to remember the context of that statement. I was telling Nancy Catamco how to handle problems. In this kind of situation, you confront it. So what I did was I confronted it. I told the President that: ‘Mr. President, there are these rumors that you have lost trust in me, so in the best interest of my department I am asking you to please relieve me from my position,’” he said.

He added: “It was not a resignation letter actually. It was a letter asking for relief, that I’d be transferred to other departments kase masyadong maraming intriga sa [because there are a lot of intrigues in the] DA.”

According to Piñol, there were no specific issues raised against him except for those “intrigues” circulating in DA that he was on his way out.

In his speech, Piñol said he was grateful to the President for defending him and for saying that he would be moved to the Mindanao Development Authority (MinDa) instead.

“Whatever, whatever, wherever. I am a soldier of the President and I will fight wherever he assigns me. That should be our attitude as government officials. We do not have Torrens title to the position we are holding right now,” he added in his speech.