‘Even if your numbers are small, what’s important is you don’t get tired of fighting for what’s right’
By: Neil Arwin Mercado - Reporter / @NAMercadoINQ
INQUIRER.net / 10:42 PM June 30, 2019 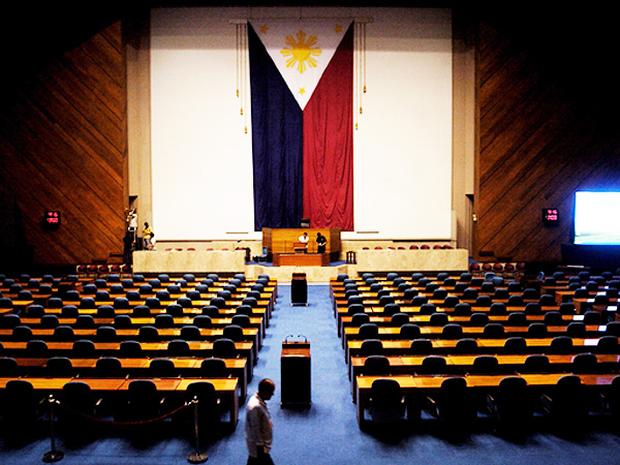 MANILA, Philippines — President Rodrigo Duterte feels confident an impeachment complaint against him will not prosper because he has a so-called supermajority in Congress, according to Vice President Leni Robredo.

It should not, however, deter anyone, even officials in the minority, from filing such a complaint, Robredo said during her weekly radio program, “BISErbisyong Leni,” which airs over AM station DZXL.

Co-host Ely Saludar noted that the President had threatened to order the arrest of anyone who files an impeachment complaint against him.

The President made the comment last Thursday, June 27, after several lawmakers and former government officials said that he could be impeached for his move to allow Chinese fishermen to fish in the country’s exclusive economic zone (EEZ).

“I-impeach ako? Kulungin ko silang lahat. Subukan niyo. Try to take it, do it, and I will do it,” Duterte told reporters in Malacañang last June 27.

Del Rosario says Duterte can be impeached for not defending territory

Out of friendship, PH will ‘tolerate’ China to fish in country’s EEZ – Palace

Duterte on impeachment proponents: I’ll jail them all

[So is it against the law to file an impeachment case?]

[An impeachment case is a political act, Ely. There are grounds to impeach impeachable officials. But the reality is that it’s a political act. And I think he’s confident because there’s a supermajority in Congress. So maybe he’s thinking that he can do whatever he wants because his allies will side with him. This is what’s sad.]

But that reality, she added, should not be an excuse for people, even public officials in the minority, to refrain from fighting for what is right.

[This is what’ saddening because, even if it’s a political act, the deterrent against impeachable officials who violate the Constitution should prevail. But we know from experience that it doesn’t happen that way. Judging by experience, politics prevails over all other considerations.]

The Vice President then called on the public to keep putting pressure on public officials.

[It’s really in the hands of the people. The senators and House members are just their representatives. We should be the ones putting pressure on them, so that they would really represent our beliefs.]