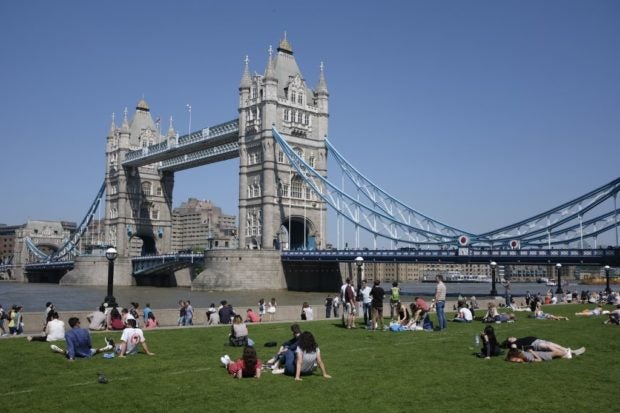 People relax in the hot and sunny weather on the grass beside Tower Bridge and the river Thames in London. Image: AFP/Daniel Leal-Olivas

London’s iconic Tower Bridge celebrates its 125th anniversary on Sunday, June 30, by showing off the weird and wacky alternative designs that were nearly built instead.

The globally-recognized landmark which opens and closes for large boats plying the River Thames has become one of the symbols of the British capital. But it could have been very different.

The fairytale castle-style masterpiece was just one of 50 designs which vied to solve the conundrum of erecting a much-needed new bridge that would still allow large ships into what was the world’s busiest port. 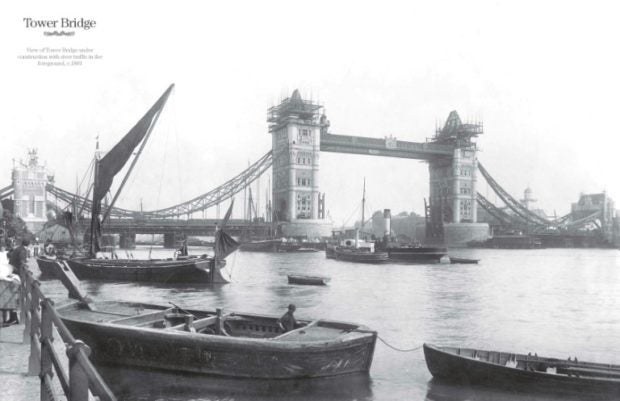 “There were spiral roadways like you would see in car parks, either side of the River Thames and then a high-level bridge,” the bridge master told AFP. “One design that got quite far was a very high-level bridge with long approaches. But it was found that horses pulling carts would get exhausted before they got near the top!”

Other ideas included rotating bridges or even tunnels.

Engineer John Wolfe Barry and architect Horace Jones’s winning design was a bridge that flips open in the middle, with huge chambers in the feet of two towers to accommodate the counterweights swinging down as the bridge halves swing up.

For the anniversary weekend, some of the alternative designs are being recreated to be displayed on the bridge for passing pedestrians to study. 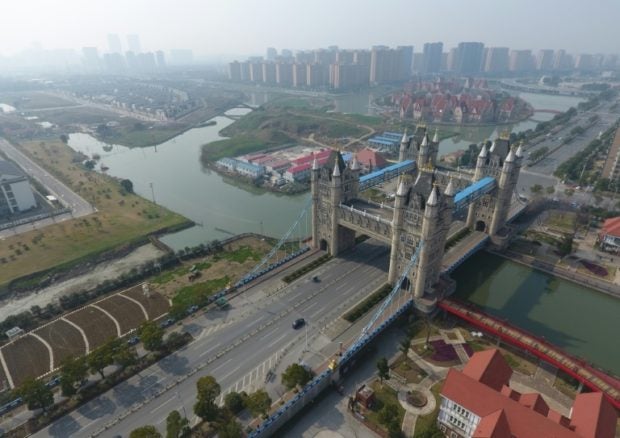 Actors in Victorian costumes will wander about, portraying the workers, engineers and bridge-users of the time.

Twelve concerts are planned in the counterweight chambers inside the tower legs, featuring original compositions that can handle the ambient noise of the road above and the tidal river outside.

The bridge took eight years to build and was opened on June 30, 1894 by the future King Edward VII and Queen Alexandra.

The critics were sniffy, feeling its Victorian Gothic style was pastiche and unambitious. However, it very quickly became a much-admired London landmark.

In its first year, the steam-powered bridge was opened more than 6,000 times. 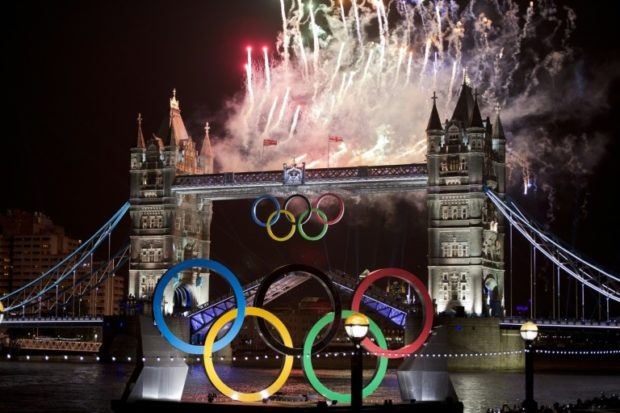 In its first year, the steam-powered bridge was opened more than 6,000 times. Now run on oil and electricity, it opens around 850 times a year, mainly for tourist vessels, which must give 24 hours’ notice. Image: AFP/Johannes Eisele

Now run on oil and electricity, it opens around 850 times a year, mainly for tourist vessels, which must give 24 hours’ notice.

River traffic takes precedence over the road and some cheeky captains make their masts a bit taller just to get the bridge to open.

Fairytale on the river

“There is still nothing like it in the world,” Earlie said. “It is a steel and iron structure of three different types of bridges, a suspension, a girder and a bascule bridge.”

“But because it is covered in this fantastic Portland stone and Cornish granite it means it is a fairytale castle on the river,” he added.

The bridge is popular with British and European tourists but the biggest growth in visitor numbers is from China and the United States. 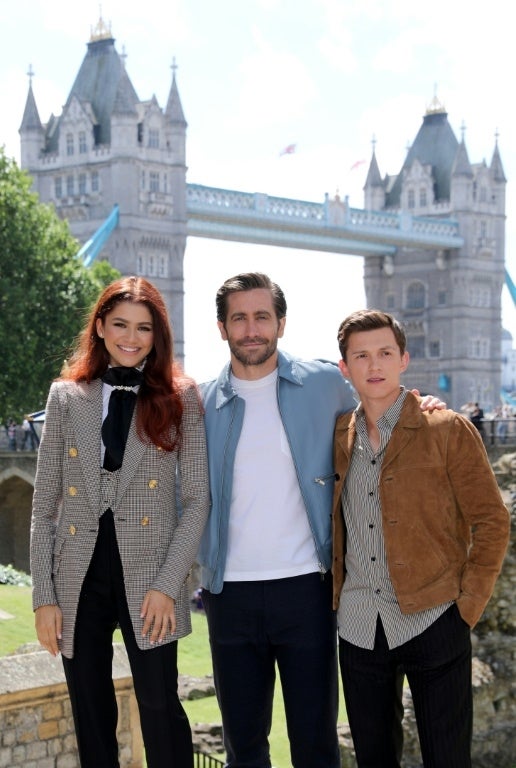 It is often mistakenly called London Bridge, its upstream neighbor, now a mundane 1970s concrete construction but takes the error as a compliment, Earlie quipped.

Some 864,652 people visited the inside of the attraction in 2018. The ticket money goes to the City of London’s charitable arm, raising more than £6 million per year.

The bridge continues to inspire copycat structures around the world.

There is a four-tower version in Suzhou in China and early soundings for one in the Philippines.

The original remains a draw in the social media age, providing a defining image of a trip to London.

“Everyone seems to have a story about Tower Bridge, or an emotional connection to it,” Earlie said. HM/JB