SEOUL, South Korea  – South Koreans have watched the latest meeting between President Donald Trump and North Korean leader Kim Jong Un with a mixture of hope and skepticism, wondering whether the impromptu summit will be enough to break an impasse in nuclear negotiations and inter-Korean dialogue. 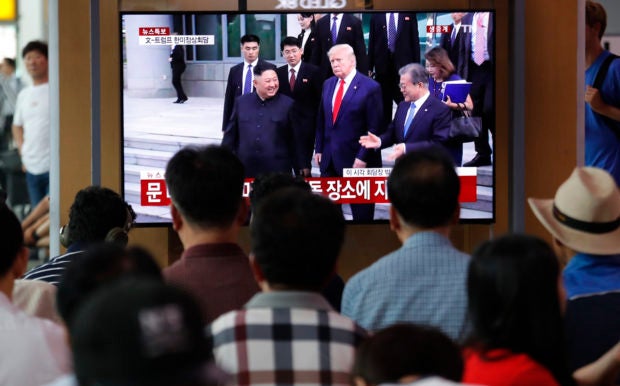 Trump and Kim’s meeting Sunday at the inter-Korean border was their first since the collapse of their February summit in Vietnam over disagreements in exchanging sanctions relief and disarmament.

Some South Koreans say Sunday’s meeting will help resolve a months-long deadlock in nuclear negotiations and revive a positive atmosphere for peace.

Others say it was yet another summit that was all style and no substance.

They also raised concerns over what they saw as South Korea’s declining voice in international efforts to deal with the North. /gsg