Domogan turns over reins to ex-Mamasapano prober in Baguio rites 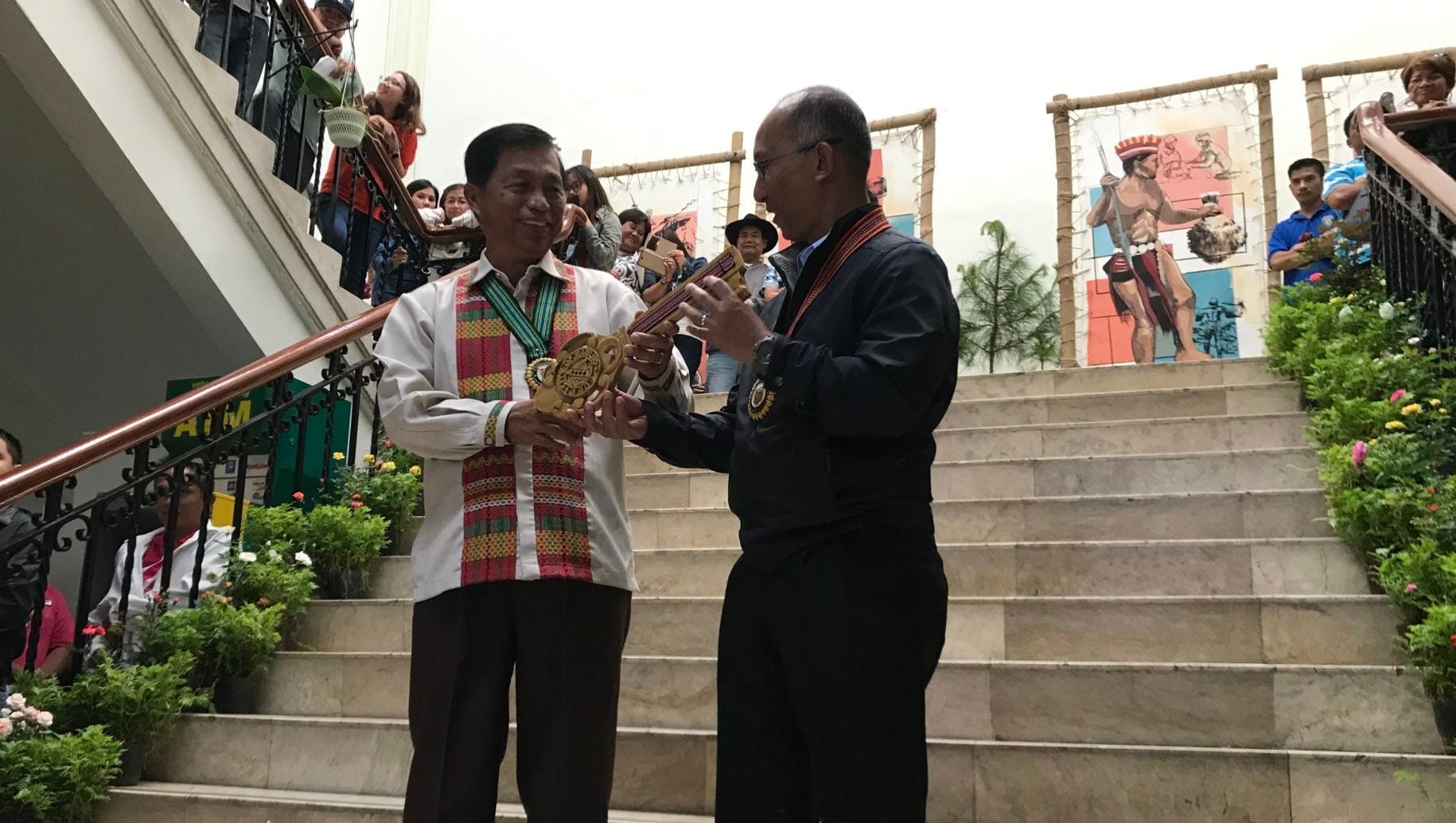 Magalong, who led the fact-finding investigation into the botched 2015 Mamasapano police operation that led to the death of 44 troops of the police special action force, will take office on July 1.

Magalong was Domogan’s running mate in the midterm elections and informed his predecessor in his acceptance speech that he would not fail him.

The former police officer said “sacrifice” and a “strong foundation in humility” would mark his term as mayor.

Magalong said he “left his ego years ago” to seek out the truth, “and to do what is right for the right reason.”

Domogan’s term of office officially ends at noon on June 30, but said Friday was his last working day as “city janitor.”

Domogan always referred to himself as the “janitor of the city,” when he served the summer capital as mayor and as a congressman for 30 years.

He described his wife Becky as the happiest individual in the city. “I have been an absentee father,” Domogan said, because of his duties.

Highlighting “the enormous responsibility given to elected officials,” Marlo Iringan, Cordillera director of the Department of Interior and Local Government, led the turnover ceremonies, saying all new Baguio officials to be “careful how they wield their power.” (Editor: Leti Z. Boniol)