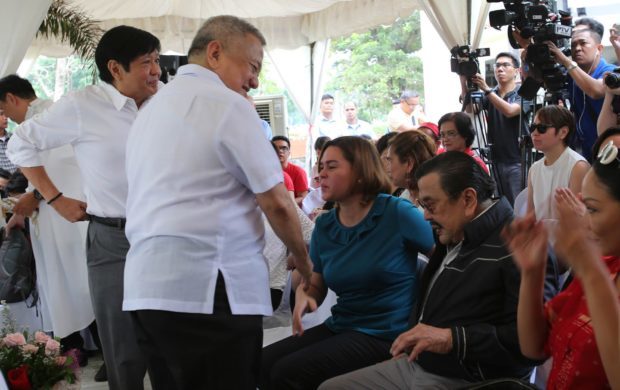 MANILA, Philippines — Davao City Mayor Sara Duterte was not able to attend the thanksgiving party of outgoing Manila Mayor Joseph Ejercito-Estrada where she was expected to be present.

The presidential daughter confirmed this to INQUIRER.net on Wednesday night, explaining that she had been in Davao City since Tuesday.

Duterte endorsed Estrada’s reelection bid as Manila mayor in the May midterm elections. Estrada, however, lost to Isko Moreno by more than 100,000 votes.

In his farewell speech, Estrada said: “Hindi man tayo pinalad, my devotion to the city of Manila will remain. I’ve done my best I only do what’s best for the greater good of the greater number.”