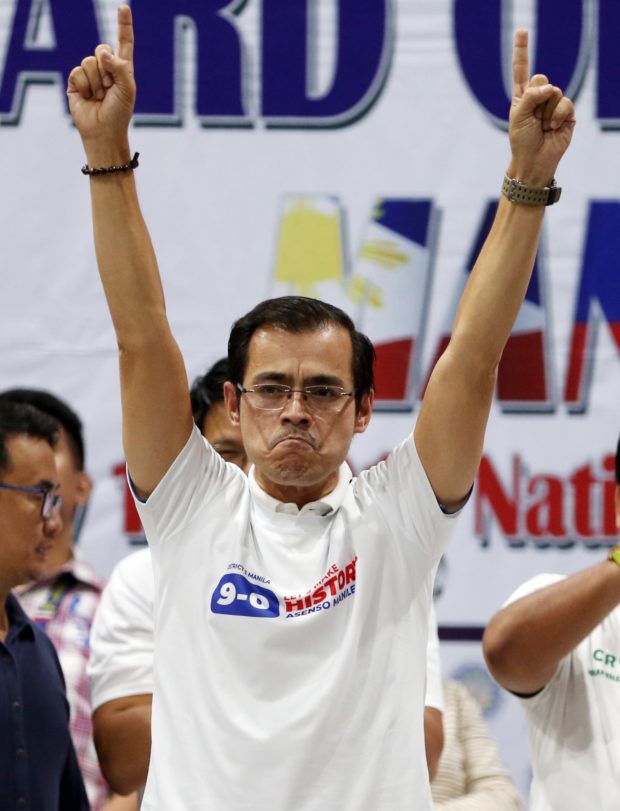 MANILA, Philippines — Joseph Estrada likes to say that 13 is his lucky number.

That was Monday and Manilans booted the former movie actor and President of the Philippines out of City Hall, replacing him there with Francisco Domagoso in midterm elections that saw not only his but also other politicians’ dynasties fall.

“I did my best… The voice of the people is the voice of God,” Estrada said in a brief post on YouTube, conceding defeat.

Manilans also rejected Estrada’s daughter Jerika in the race for the City Council from the city’s fourth district.

Jerika had been expected to take Estrada’s place in City Hall someday, as his other children did in San Juan City, his family’s political bailiwick.

But his loss deprived Jerika of a primal link to power and may have ended her political career.

Two of his sons are also gasping for their political lives.

Reelectionist Sen. JV Ejercito, Estrada’s son by former San Juan Mayor Guia Gomez, fell to the 13th place and out of the winning circle in the race for the Senate in unofficial count of the midterm results on Tuesday.

Former Sen. Jinggoy Estrada, who attempted to make a comeback despite facing plunder and graft charges over his alleged role in the P10-billion pork barrel scam, was in the 15th place, too far to have any hope of winning.

City administrator Jojo Alcovendaz said Estrada was sad and surprised at his loss.

“Erap has always been a force to reckon with. I don’t know why he lost. He was actually surprised,” Alcovendaz said.

Moreno and his running mate, Honey Lacuna, were proclaimed as the winners of the mayoral and vice mayoral races on Tuesday night. 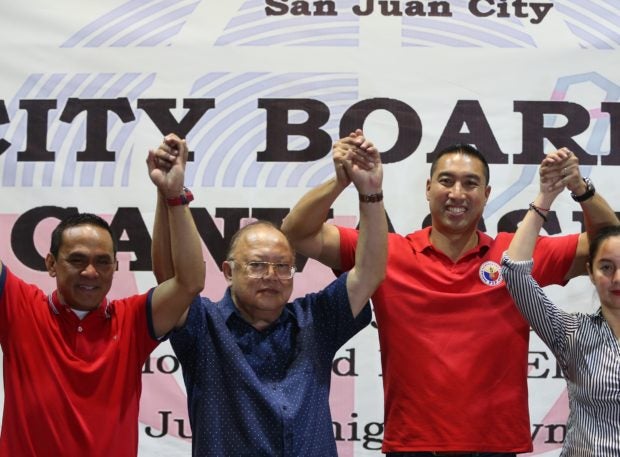 “This is the change we have long been waiting for,” Zamora told reporters on Monday night after the vote count. “The people of San Juan have spoken. They want to change the system.”

In Pasig City, voters also toppled another political dynasty, that of the Eusebios, who ruled the city for 27 years.

Robert Eusebio lost his reelection bid to Vico Sotto, a member of the City Council and son of comedian Vic Sotto. 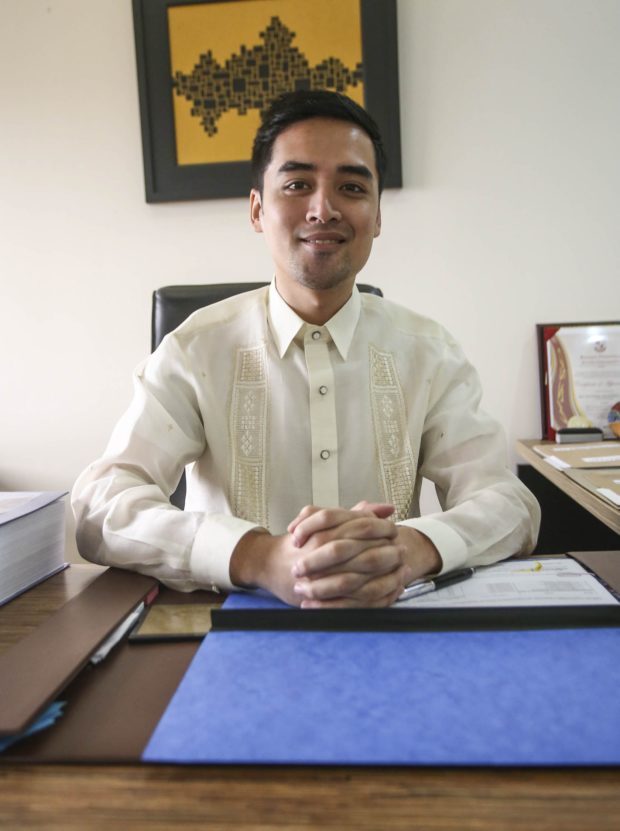 The 29-year-old winner promised voters a “new kind of politics,” a message that resonated with the city’s residents tired of the long Eusebio rule.

In Zambales province, the Magsaysay dynasty founded by President Ramon Magsaysay, fielded candidates for vice governor, Congress and councilor but all failed to win.

Her eldest son, Vic-Vic, also crashed out of the race for the Olongapo City Council.

In Olongapo City, the Gordons were unsuccessful in their bid to return to local politics as their lone candidate, Anne Marie Gordon, was defeated in the mayoral race.

The Gordons, led by Sen. Richard Gordon, who is also a former mayor of the city, used to dominate the key posts in Olongapo. Anne Marie is the senator’s sister-in-law.

In Ilocos Sur province, the patriarch of the ruling Zaragoza political clan in Narvacan town lost to former Gov. Luis “Chavit” Singson in the mayoral race.

Singson, an incumbent town councilor, was proclaimed on Monday evening as the new mayor, defeating his longtime rival, Edgardo Zaragoza.

The other children of the Zaragoza patriarch, Narvacan Mayor Zuriel Zaragoza and Anicka Zaragoza, lost to Gov. Ryan Luis Singson and Vice Gov. Jeremias Singson, respectively. Ryan Luis is the son and Jeremias the brother of Luis.

The victory of the Singsons ended the more than three-decade reign of the Zaragozas in Narvacan and in the province.

In Abra province, the Seares clan conceded its bailiwick in Dolores town as Ronald Seares lost the mayoral race to Conde Turqueza. Ronald is the brother of former Dolores Mayor Robert Victor “JR” Seares Jr., who lost the gubernatorial race.

In Lagayan, newcomer Edmarc Crisologo defeated reelectionist Mayor Jendricks Luna, another member of the Luna political clan based in the town.

The losses of the Seares and Luna clans may signal the fall of two of Abra’s most prominent political families.