The power of a viral Facebook post has led to life-changing connections among netizens who extended their help for “Baby Aki.”

The baby, who was diagnosed with biliary atresia last October 2018, is now in India with his parents to undergo the operation he needs. 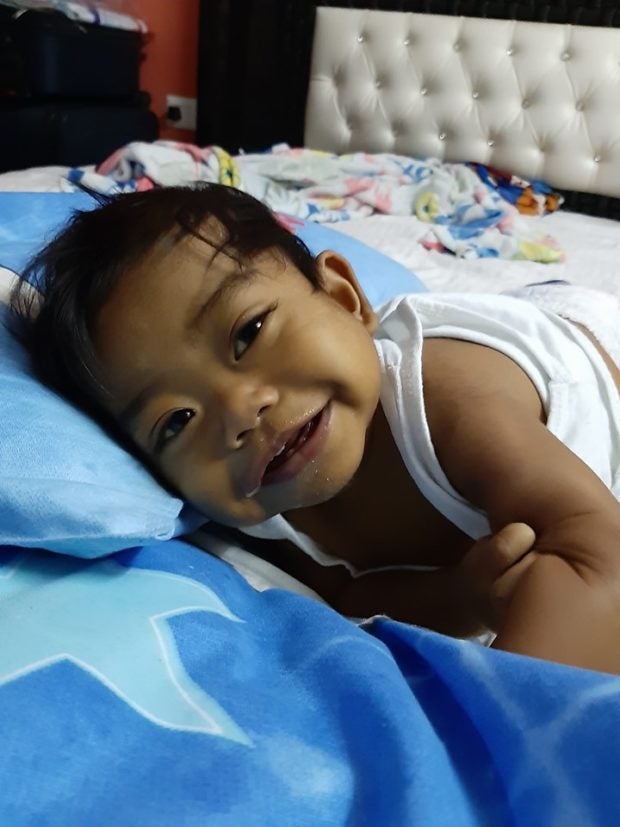 Photos of Aki’s father, Antonio Detablan, have gone viral on social media last March, tugging at the heartstrings of netizens around the world. In the photos, he was seen carrying his son while selling some banana cakes at the side of a street in Calamba, Laguna.

On Tuesday, Aki’s mother Jabee Imano Galindes informed INQUIRER.net in an exclusive interview that they flew to India last May 20. His son Aki was admitted in a private room at the Apollo Hospital, where he will be operated.

Baby Aki is now taking medications and is undergoing Human Leukocyte Antigen (HLA) testing, which is a test needed to ensure a match between organ-and-tissue-transplant recipients and compatible donors.

(He has to take medicines because based on the results of our HLA, there is a mismatching in our blood, which may cause his body to reject my liver, if not treated.)

Galindes said they are still waiting for the schedule of Aki’s transplant, and that his son has been having diarrhea for two days.

On June 22, Aki celebrated his first birthday in the Apollo Hospital, and they were surprised with a cake from the nurses.

Thank you so much apollo!happiest 1st birthday to you our little warrior!Lord Jesus will heal you soonest kaya po…

Aki’s father was supposedly his liver donor, but the doctor told them that his he has some complications in his veins that may not be good for Aki if they proceed with the operation. His wife Jabee has replaced him as donor.

Meanwhile, Aki’s mom told INQUIRER.net that their hotel accommodation in India was provided with the assistance of President Rodrigo Duterte and senator-elect Bong Go. Their travel expenses were shouldered by Senator Nancy Binay and a friend of the senator who requested anonymity.

Donations their family received from people have been wire-transferred through the bank before they traveled to India. These will be used to pay for Aki’s P1.6 million-worth operation.

The operation is already a package which covers all the laboratory procedures needed by the donor and the recipient, their transportation fees to and from the hotel and back to the hospital, as well as diapers, baby wipes, milk and other supplies.

After the operation, they still need to buy in India a one-year supply of medicine for babies with biliary atresia, because that medicine is three times more expensive in the Philippines.

Aki’s family is extremely grateful for all the aid they have received to make the operation possible. Meanwhile, they are asking for prayers as Baby Aki will soon undergo the life-saving operation. JB