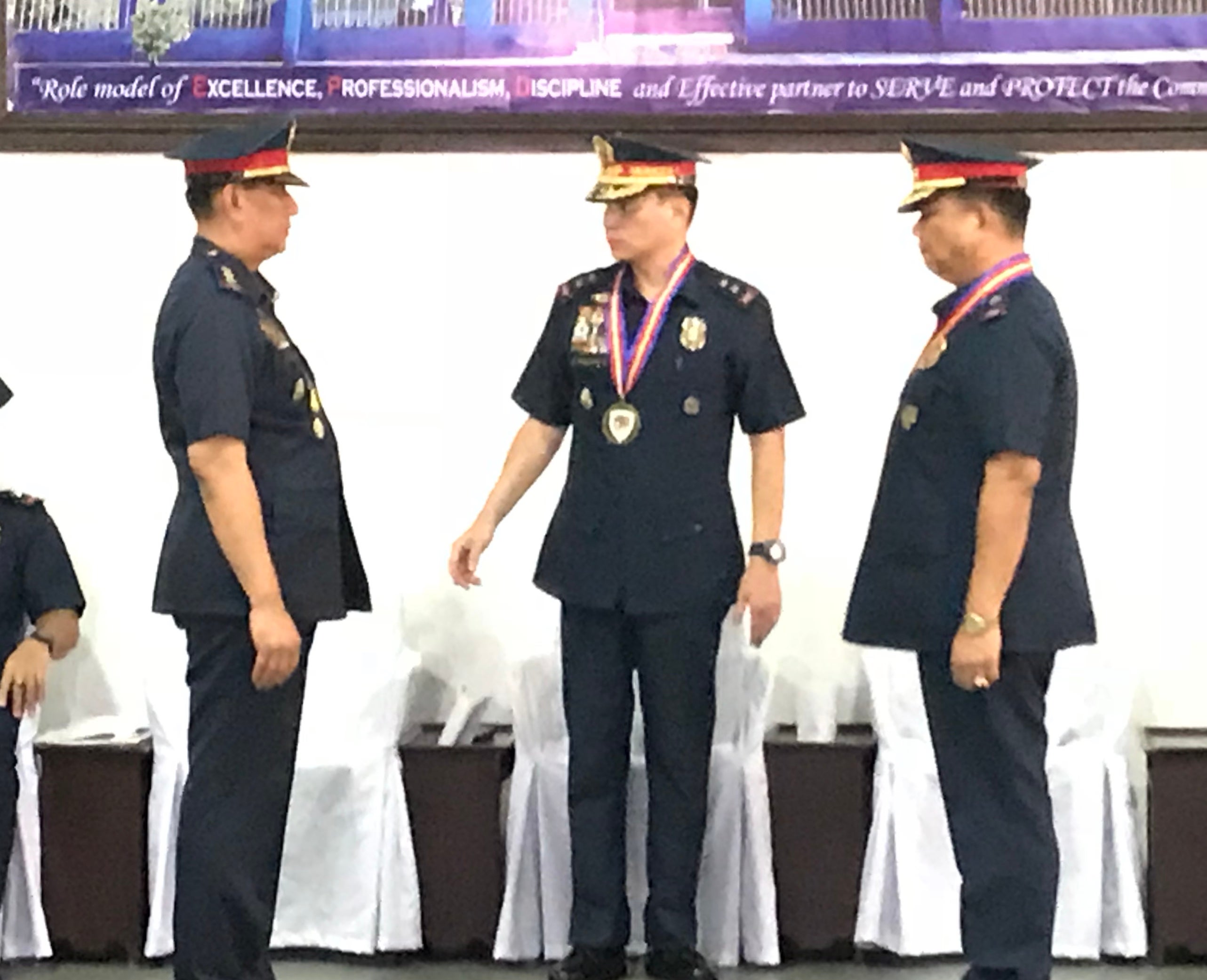 Quibuyen temporarily replaced former Brig. Gen. Christopher Tambungan as EPD chief after the latter was relieved from his post for allegedly verbally and physically assaulting a female police officer.

Tambungan only served as EPD director for three months. He assumed the post in March.

In an ambush interview after the program, Bathan said he will work on the “internal cleansing” of the EPD.

“Let us work on internal cleansing. The keyword is discipline. All those violating the laws of the land or policy in the PNP shall be punished. With observance of due process of course,” Bathan said.

The new EPD director also vowed to continue with the crackdown on illegal drugs.

“Let us support our government in its campaign against illegal drugs. We will focus on high ranking targets whoever they are. Whoever they are. Government officials, politicians rich families,” he said.

Eleazar, on the other hand, described Bathan as a “disciplinarian.”

“I knew him to be a disciplinarian. Kaya wala tayong magiging problema dito,” Eleazar said of Bathan in an ambush interview.

As the new EPD director, Bathan will lead the district in the implementation of Philippine National Police (PNP) programs in the cities of Marikina, Pasig, Mandaluyong and San Juan.

Quibuyen, meanwhile was assigned as executive officer of the PNP Directorate for Research and Development.

As the new EPD director, Bathan will lead the district in the implementation of Philippine National Police (PNP) programs in the cities of Marikina, Pasig, Mandaluyong and San Juan.

Quibuyen, meanwhile was assigned as executive officer of the PNP Directorate for Research and Development.  (Editor: Mike U Frialde)