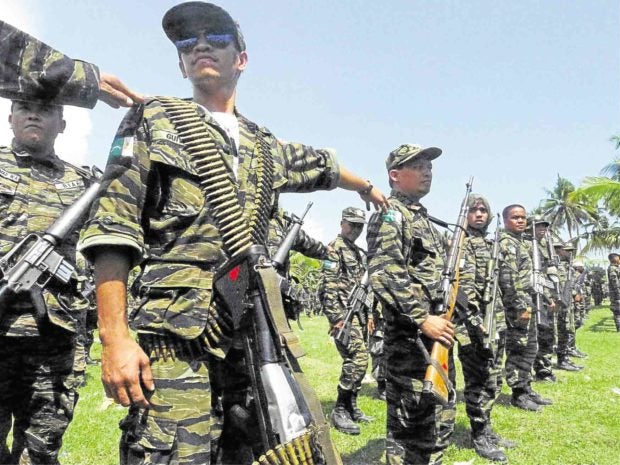 This makes up about 30 percent of the MILF’s Bangsamoro Islamic Armed Forces (BIAF), which would be decommissioned in accordance with the establishment of the Bangsamoro Autonomous Region in Muslim Mindanao (BARMM).

Another 35 percent of the BIAF will be decommissioned in 2020, with the remainder to be disarmed in the next two years, Galvez said.

“We should work in partnership and always with consultation,” Guerra said.

The government later activated the Inter-Cabinet Cluster Mechanism on Normalization to determine the roles of 17 government agencies in the normalization process.

Galvez said it was critical for both the government and the BARMM to deal with the “drivers and triggers,” especially poverty, that bred conflict in parts of Mindanao.

He said the “normalization track” would be implemented in four components—security aspect, socioeconomic development program, confidence-building measures and transitional justice and reconciliation.

The security component covers, among others, the decommissioning of combatants, weapons management, establishment of the Joint Peace and Security Teams, clearing of unexploded ordnance, disbandment of private armed groups, and redeployment of government troops, Galvez said.