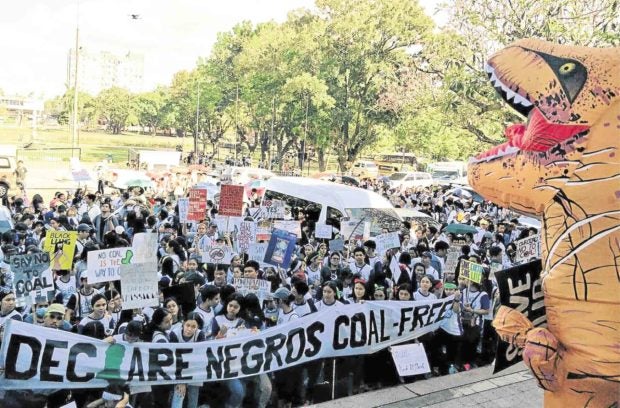 STUDENT VOICE Carrying placards and banners, students gather at the Negros Occidental capitol grounds in Bacolod City early this year to call on the provincial board to pass an ordinance banning coal-fired power plants in the province. —RONNIE BALDONADO/CONTRIBUTOR

This was the appeal of religious leaders and environmentalists after the DOE called on local officials and business groups to seek investors to build power plants and sustain the growing power demand in the Visayas.

San Carlos Bishop Gerardo Alminaza warned against the apparent bias for coal on the part of the DOE, which downplayed the contribution of renewable energy to growth in the Visayas, and the impact of these projects on public health and the environment in the region.

“As our province’s coal-free status is being threatened by the incoming provincial administration, we are alarmed as the DOE is not giving policymakers and the business sector the whole picture in terms of the costs attached to coal-fired power plants, and why it is not the better choice as opposed to renewable energy,” Alminaza said.

The bishop expressed his disappointment over Governor-elect Eugenio Jose Lacson’s statement that he would consult his legal team on the need to revoke an executive order declaring Negros Occidental a coal-free province. Lacson earlier maintained that he would not stand in the way if San Carlos officials would approve the building of a coal-fired power plant in the city.

“In encouraging energy investments, the DOE should not just focus on bringing in new energy sources, but also the role of investments in improving the grid system and energy storage in the Visayas to maximize and encourage more renewable energy sources,” Alminaza said.

“In failing to do so, it is basically implying that the Visayas should look to massive coal-fired power plants, which harm our environment, health and worsen the climate crisis,” he added.

The DOE is urging local officials and business groups in the province to seek more investors in the power industry because the Visayas will need 9,180 megawatts more by 2040.

Bro. Tagoy Jakosalem of the Order of Augustinian Recollects urged the DOE and policymakers to not just present the business side of the need to generate power, but to also show the hidden costs of coal. 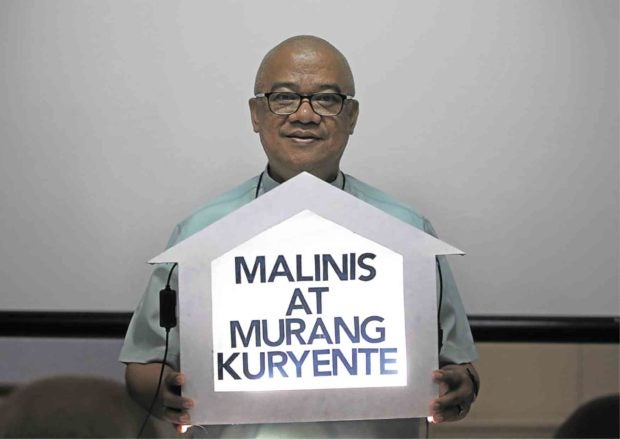 As our province’s coal-free status is being threatened
. . . we are alarmed as the DOE
is not giving policymakers and the business sector the whole picture
Gerardo Alminaza San Carlos Bishop

“The profitability of these projects does not account for the costs related to pollution impacts, health-related issues, loss of ecosystems and livelihood, as well as exacerbating the effects of climate-related disasters,” Jakosalem said. “We need to calculate our energy needs within the framework of long-term economic advantage.”

Dr. Romana de los Reyes of Coal-Free Negros Network said the specter of power shortage was also raised in the late 1990s to the early 2000s when Negrenses resisted the proposed coal-fired power plants in Bago, Silay, Pulupandan and Cadiz.

“Coal plants are the No. 1 culprits of this climate crisis, so why should we add one more coal plant in San Carlos City?” she said.

Gerry Arances, executive director of Center for Energy, Ecology and Development, said coal should no longer be associated with affordability and energy security, following recent developments faced by consumers across the Philippines.

“In Mindanao, the rush of coal-fired power plants led to a surge in the prices of electricity, as consumers are obligated to pay for the abundance of coal plants providing not just base load of electricity, but also the peaking and intermediate loads,” Arances said.