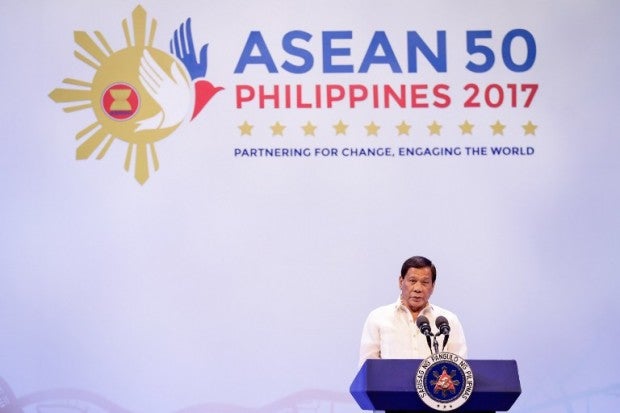 MANILA, Philippines — The Presidential Communications Operations Office (PCOO) denied Tuesday the Commission on Audit (COA) 2018 report, which revealed that communications officials are yet to be charged over the anomalous disbursement of P38.8 million from the government’s budget for hosting the 2017 Asean Summit.

“To the contrary, the PCOO has issued a formal charge against the erring PCOO officer for gross neglect of duty and conduct prejudicial to the best interest of service on 24 September 2018,” Marvin Gatpayat, PCOO Chief of staff and undersecretary for legal affairs said in a statement.

Gatpayat said the administrative case against the erring PCOO official “is now being heard before the Adjudication Committee of the PCOO.”

“Further, on 08 November 2018, the PCOO submitted its Fact Finding Report on several former PCOO officials to the Office of the Ombudsman for its consideration and appropriate action,” he said.

To properly update COA and clarify the issue, Gatpayat added “the PCOO submitted its Agency Action Plan and Status Implementation for 2017 Audit Observation Memorandum containing the latest updates on the actions taken based on COA’s recommendation [on] 23 June 2109.”

“The PCOO will never tolerate any irregular actions of its officers and employees. The PCOO is one with the Commission on Audit in ensuring that government funds are properly utilized,” the official said. (Editor: Katherine G. Adraneda)

Read Next
Farmer swimming in Iligan City river found dead
EDITORS' PICK
A delightful blessing!
Gov’t plans to open COVID-19 vaccination for 5- to 11-yr-olds by January 2022
Gov’t eyeing COVID-19 vaccine booster for essential workers, indigents by Dec. 10
Villar Group gears up for AllValue Shopping Party on Dec. 3; around P 1-million promos and discounts up for grabs
Omicron variant detected in more countries as scientists race to find answers
Legarda: Ending Violence Against Women, a cause for all
MOST READ
Omicron poses ‘very high’ global risk, countries must prepare–WHO
Quiboloy warns of ‘much worse than Omicron virus’ if his ‘persecution’ is not stopped
Bongbong Marcos’ conviction in tax case not a crime involving moral turpitude — lawyer
Marcoleta defends pol ads on ABS-CBN
Don't miss out on the latest news and information.