Greece’s Acropolis Museum has opened to the public a new section housing the remains of an ancient Athens neighborhood to mark its 10-year-anniversary, organizers said last Friday, June 21. 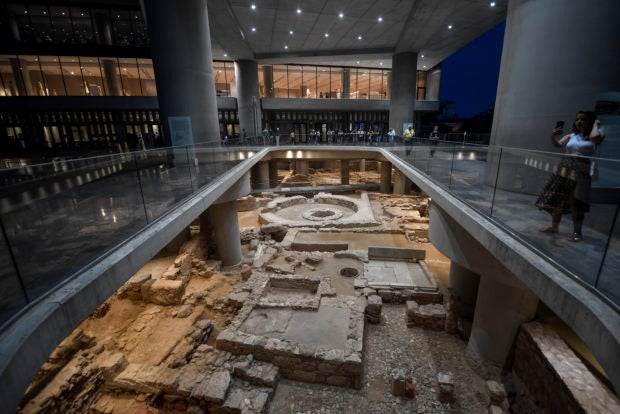 Most of the remains are Roman and Byzantine but “some date back to Classical Athens,” said museum director Dimitris Pantermalis.

According to Classical-era historian Thucydides, this particular part of Athens was first inhabited some 5,000 years ago, Pantermalis said. 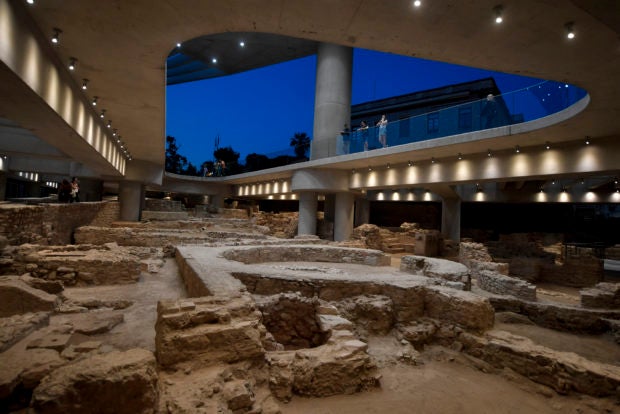 The remains were first unearthed during the museum’s construction between 1997 and 2004, but were previously only partially visible through the entrance glass floor.

Their excavation was delayed by the Greek economic crisis, organizers said. 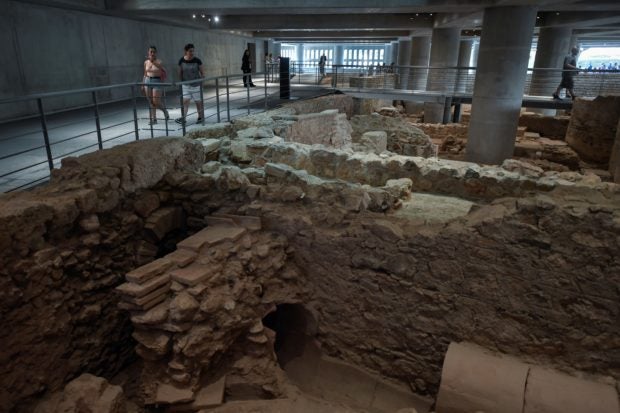 Objects found during the dig are to be displayed at the museum at a later date.

Since it opened in June 2009, the Acropolis Museum has welcomed 14.5 million visitors.

The museum and the Acropolis are Greece’s top two archaeological sites.

Set out over a total area of over 14,000 square meters, it harnesses natural light to show off hundreds of artifacts and sculptures.

It includes a section reserved for the disputed Parthenon Marbles, currently at the British Museum in London.

Greece has long pursued a campaign for the return of the priceless friezes, removed in 1806 by Lord Elgin when Greece was occupied by the Ottoman Empire, but the British Museum refuses to repatriate them. RGA/JB