Several people were injured after a man urinated off a bridge and onto a tourist boat, causing the passengers to jump and hit their heads under the bridge in Berlin, Germany.

The incident happened when a boat filled with tourists was passing under a low-clearance bridge last Friday, June 21. 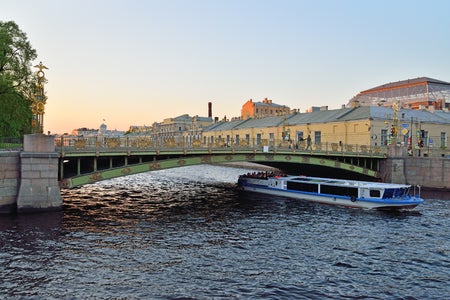 The urine that had fallen into the boat caused a commotion on board, resulting in some passengers jumping up and sustaining injuries on their heads, as per the Berlin fire department via Deutsche Welle, yesterday June 22.

Four people were reportedly brought to a hospital for wounds to their heads. The injured passengers — a 54-year-old man and three women, aged 38, 39 and 48 — were discharged after receiving treatment for their lacerations, as per a separate report by The Independent yesterday.

Police filed charges of assault against the unidentified man and described his actions as “abnormal behavior,” as per report. Authorities have not yet located the suspect and are still searching for him. Ryan Arcadio/JB