A father and his 9-year-old son with autism were forced to leave a church service in a chapel in Cambridge, United Kingdom, due to the child’s being “too disruptive.”

Dr. Paul Rimmer, an American academic who works at Cambridge University, and his son Tristan were asked to leave by an usher of the King’s College Chapel last Sunday, June 16, as the child was “apparently interfering with the enjoyment of some of the other visitors.” 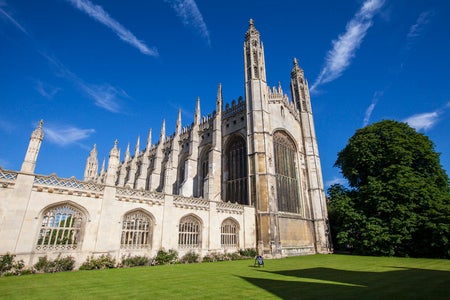 The child’s father revealed that the usher told him he was just following a directive from Reverend Dr. Stephen Cherry of the chapel when he asked them to leave the chapel’s premises. The usher “seemed embarrassed,” but was insistent as he asked them to exit, as per Rimmer’s open letter on Facebook last Monday, June 17.

In the open letter, Rimmer revealed that his son is non-verbal and his expressions are often loud and uncontainable. “It is part of who he is, so there is no realistic way for him to be quiet.”

“My son might not be able to talk, but he knows perfectly well what is going on around him. This is not the first time my family has been asked to leave a church on account of his being ‘too disruptive for other worshipers.’ This is, however, the first time we have been forced to leave by a member of the clergy. He isn’t even ten years old and he knows that he is unwelcome,” the father added.

Cherry responded to the letter via his blog, apologizing for the incident. He said that he was “devastated” to learn about what had occurred.

“Every week we welcome thousands of people to services in King’s Chapel and we do our best to meet all their various needs and expectations. Sometimes we fail and I realize that we especially failed you and Tristan on Sunday afternoon. I apologize for that most sincerely,” Cherry said.

He clarified that the instruction to ask the 9-year-old and Rimmer to leave the chapel did not come from him. He also asked Rimmer to meet in person to help the chapel “do better in the future.”

Rimmer said he believed Cherry’s claim that he did not give the instruction for them to leave the chapel. He admitted that there might have been a misunderstanding between himself and the usher “in the heat of the moment.”

In a separate post by Rimmer yesterday, June 19, he revealed that he and Cherry had met in person and that his family was invited back to the church.

“Stephen and I will continue our conversation about how King’s College Chapel can be a more welcoming place for everyone,” Rimmer stated.  /ra