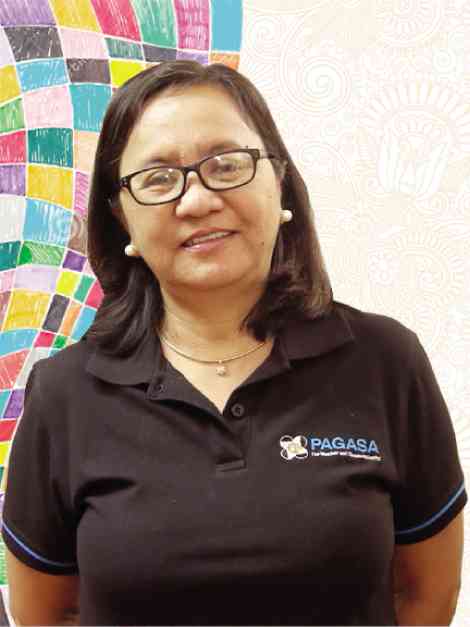 Flaviana Hilario, Pagasa deputy administrator, said that during the warm climate phenomenon, which is expected to last until year-end, the tracks and intensity of the cyclones were being affected.

“The storms usually recurve and change their track away from the country,” Hilario said at a press briefing.

“These may not make landfall but the intensity of these storms can still be strong, based on our statistics,” she said.

For the Philippines, which currently experiences a weak El Niño, it marks an extended dry season, weak monsoon activity, above normal air temperature and below normal rainfall, with dry spells or drought in some parts of the country, according to Pagasa.

Hilario said that based on their rainfall forecast, some areas would experience below normal rainfall conditions from June to August.

“But we know that during these months, our rainfall is really quite high. So even if it’s a 50-percent reduction, it’s still a very high amount,” she said.

The storm inundated Metro Manila and nearby provinces, after it released rainfall equivalent to a month’s volume of rain in just six hours. Over 400 deaths were recorded.

“But even without El Niño, we are expecting stronger storms with heavier rainfall due to global warming,” Malano said.

Pagasa earlier reported that it was expecting five to eight tropical storms to affect parts of the country from June to August.

The country faces an average of 20 storms every year.