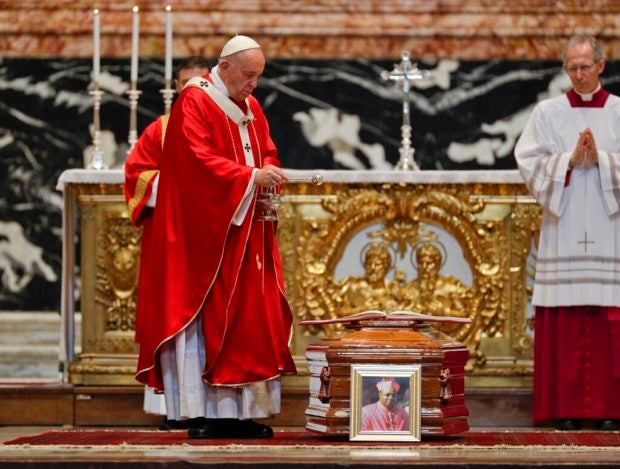 Pope Francis blesses the coffin as he celebrates the funeral service of Cardinal Leon Kalenga Badikebele, the Apostolic nuncio in Argentina, in St. Peter’s Basilica at the Vatican on June 15, 2019. AP

VATICAN CITY — The Vatican has formally opened debate on letting married men be ordained as priests in remote parts of the Amazon where priests are so few that Catholics can go weeks or months without attending a Mass.

The proposal was in a working document released Monday for an October meeting of South American bishops on the Amazon.

The document, prepared by the Vatican based on input from the region, affirmed that celibacy is a gift for the church. But it suggested officials study “the possibility of priestly ordination for older men, preferably indigenous and respected and accepted by their communities, even if they have stable families, for the region’s most remote areas.”