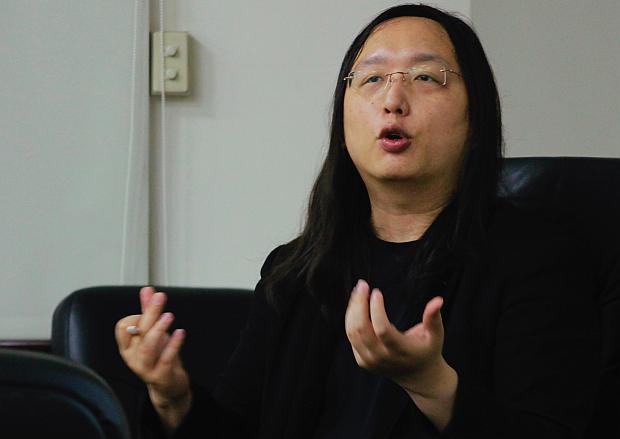 TAIPEI, Taiwan — Corrupt and incompetent politicians are wary of transparency because they know people will call for their heads once illegal schemes are made public. That’s why crusaders in the Philippine government are pushing for laws forcing officials to comply with transparency measures.

However, a comprehensive freedom of information bill has been languishing in the Philippine Congress.

In contrast, Taiwan already has a Freedom of Government Information Law that has been enforced since December 2005.

And Taipei, the capital, has people like Digital Minister Audrey Tang, who considers transparency like air, essential to life.

For more than two years, Tang has been involved with nurturing ideas through a social innovation laboratory. A lot of people seek her to discuss projects which may need the government-funding.

Every Wednesday, from 10:00 a.m. to 10:00 p.m., anyone can visit Tang’s office and discuss their inventions and suggestions.

There’s only one condition: Everything will be put on record.

“Everybody can book 40 minutes of my time to talk to me, as long as they agree to have our conversation published to the internet as a transcript,” Tang said in a casual interview with foreign reporters inside the Office of the Executive Yuan in Taipei.

“I’m a radically transparent minister,” she said while showing samples of transcriptions from previous meetings. “So you can see all the meetings that I’m a chair, how many meetings I have held, what kind of conversations I had. Basically, anything is recorded — not just in summary, but as a full transcript.”

Tang, an outspoken transgender, was invited by the current administration to be part of the Executive Yuan in 2016. According to her, she had asked for some conditions before accepting the job.

“That is the basic arrangement of my entry in the Cabinet. It is radical transparency and also location independence, which is why I always say I work with the government, not for the government,” she said.

One of the objectives of radical transparency, as Tang calls it, was to prevent officials from grabbing praises for good things and then sparing themselves when a problem arises. However, it also encouraged thinkers to participate because their ideas would be given proper credit.

And it works — Tang said that she has been called out in the past for things that she may have done wrong, thanks to her vision.

“People actually e-mail me and say: ‘Oh, I think you did something wrong. I think you misquoted the regulation or whatever in your transcript two weeks ago.’ And: ‘You can change your course if you only know about things’,” she said, chuckling.

Taipei also appears to be benefitting from Tang’s background as a hacker. It gives the government an unexplored facet — a Cabinet head who is a conservative anarchist, a socially-responsible techie helping to safeguard the country’s cybersecurity.

“Because I’m also a programmer, the first thing I did as digital minister is to recompile the software system so that we can run a drastically new system,” she said.

She tapped whitehat hackers to deliberately attack Taiwan’s cybersecurity so that they can develop measures to counter internal and external threats.

“The great thing about this is that we hired the best white hat hackers in the world — the second-place in Defcon [a hacking contest], so maybe the second-best — to attack the system for six months before we deploy [it] to the general administration and the city-level governments,” Tang said.

“The idea is that they can attack the systems because it’s open source, and they found three CVEs [common vulnerability and exposures]. That’s like medals of honor in their trade. But then otherwise they concluded that the system is the most secure system ever that can run any untrusted application,” she said.

According to Tang, the Taiwanese government places a great amount of attention to its cybersecurity by taking care of the hackers — an integral part of their operations.

“The real way to counter the infrastructure cybersecurity attack is to have a very good relationship with white hat hackers who do penetration testing, and we allocate 5 to 7 percent of every new government initiative just for whitehat hackers,” she noted.

“This is in addition to the IT budget so that they are paid very well. And they meet the digital minister and the President once in a while to keep them happy because, otherwise, they fall to the dark side,” she added.

Taiwan’s online community responsible for a platform to combat misinformation on the internet also gets Tang’s support. Using CoFacts — a fact-checking community operating in a chat application, netizens may send supposedly false information posted online or on social media sites.

The myriad of reports is then forwarded to the concerned government agency, who would form a statement backed with evidence to counter the allegations.

“On top of that, we also have disinformation campaigns, people who want to weaken the fact that we have shared, our common values, there are people who want to promote extreme kind of things, and to promote authoritarianism and tribalism that distract people from the commonality of each other,” Tang said.

“To counter that, we also have a strategy that we don’t censor anything, but anytime we see an intentional, harmful, untrue — harmful is to the public, not to the government image — we make sure that within 60 minutes, each ministry can provide a counter-narrative,” she said.

Tang’s radical transparency also bridges other matters of governance that in the past, were not open for the public. When the innovations are a success, they invite the people to take part in public viewing, in a site that is a train ride away from Taipei.

And in deciding whether innovations are good for the country, public opinion is given a huge consideration.

“At the end of the year, people have to collectively decide whether it is a good idea or not. But how do we collectively decide on such a thing? Well, we use AI [artificial intelligence]-powered conversations for that,” Tang said, showing screenshots of the graph.

“When Uber first entered in Taiwan, people actually saw that they have different feelings about Uber’s use of amateur drivers in 2015. And that’s the first time Taiwan has used this open-air powered conversation so that people can see that their social media friends, family. The good thing is that they are not nameless entities,” she added.

“Because it is a fact-based conversation, we ask the people to share the facts and their feelings — there’s no right or wrong in people’s feelings — and after three weeks of feelings gathering, then we brainstorm about ideas, and the ideas are the ones that take care of most people’s feelings, that would turn into regulations,” Tang said.

“Every time you see a sentiment from a fellow citizen, you can agree or disagree. When you click, your avatar moves towards people who think like you. But there is no reply button. What we have observed is that if you take away the reply button, you do not have trolls anymore,” she added.

Tang also underscored radical transparency’s contributions to society. As the method ensures that people have some sort of voice in policy making, they are enabled to participate in politics apart from elections.

And the more they could encourage people to participate, then the better would Taiwan’s policies be in the future.

“If I don’t commit to radical transparency, people cannot participate in my daily work […] everybody becomes ‘contextualized’ to why of policymaking, not just the what of policies,” Tang said.

“I think that is the main contribution I have, is just to have people generally more contextualized in how the central government works so that they can participate daily, instead of once every four years,” she said.

Tang’s form of transparency probably won’t work in other countries. Maybe people would find loopholes in it. Maybe it would raise even more questions on public workers’ right to privacy. Maybe it’s not really about unveiling graft and corruption issues.

But still, it’s a concrete step towards making officials — whether elected or appointed — accountable for their actions. It’s a hacker’s model that governments can eventually develop to bust erring politicians.