NEW YORK  – Several dozen people stripped naked and got their bodies painted in New York’s Times Square as part of what was billed as a protest against “divisiveness.” 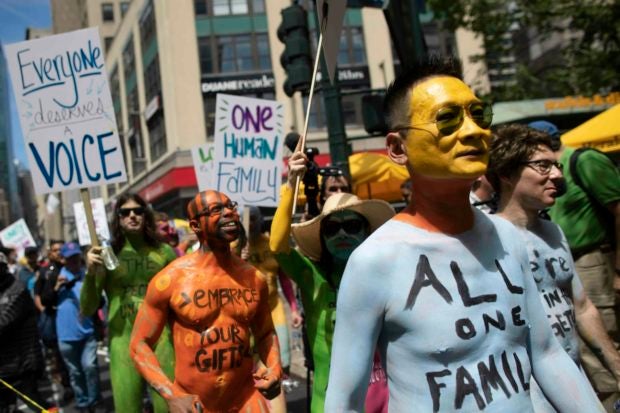 Participants march down Broadway during a Protest Against Divisiveness sponsored by Human Connection Arts in New York on Saturday, June 15, 2019. Several dozen people stripped naked and had their bodies painted as part of what was billed as a protest against “divisiveness.” (AP Photo/Mary Altaffer)

The event Saturday was organized by body artist Andy Golub. He has staged similar nude Times Square protests in years past.

Golub said the world we’re living in “is very divisive.” He said people have “much more in common” than they are different.