Saving the world, one meatless week at a time 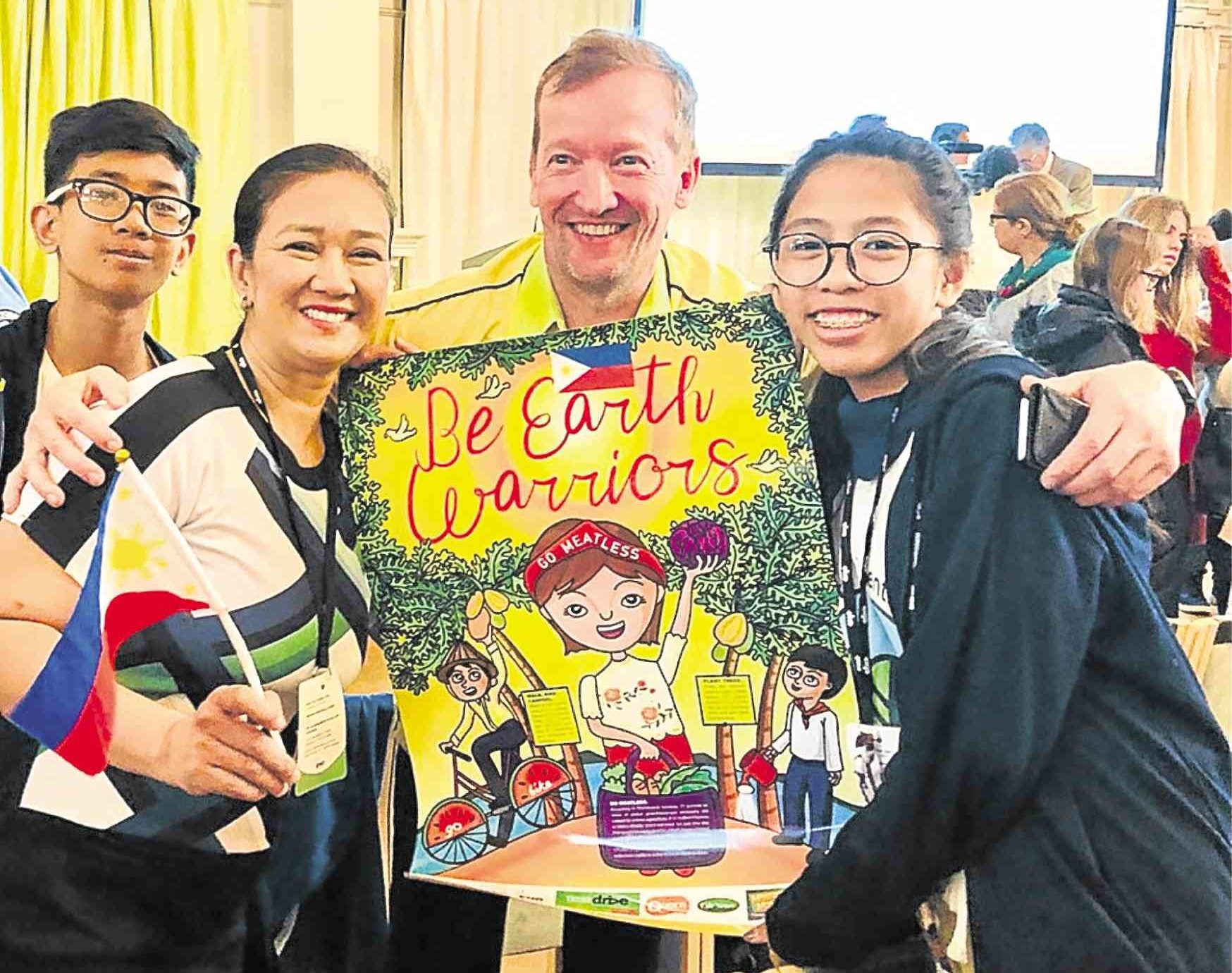 MANILA, Philippines — Go meatless even just once a week and save the world!

This was the rallying call of Grade 8 student Myka Nadine Chua of Sophia School in Meycauayan, Bulacan, who represented the Philippines and Asia in the World Circular Economy Forum on June 3 in Helsinki, Finland.

Chua, 13, was one of 10 young speakers who joined students from 70 countries and some 2000 economic leaders, policymakers and industry leaders to discuss, among other topics, how a circular economy — one aimed at minimizing waste and making the most of resources—can lead to a sustainable future.

In the “Voice of the Next Generation: ‘Our Planet, Our Home’” segment of the forum, Chua explained how eating meat causes greenhouse gas emissions.

According to the Philippine Statistics Authority website, agriculture grew by 0.67 percent in the first quarter of 2019, with production increases noted for livestock, poultry and fisheries.

According to the United Nations, livestock is a major contributor to ocean pollution and the depletion of natural resources such as water and land. Eating meat also compromises food security since grains are fed to livestock.

In the “Livestock and Climate Change” article published in World Watch Magazine, livestock and their byproducts were said to account for at least 32.6 billion tons of carbon dioxide a year, or 51 percent of greenhouse gas emitted worldwide every year. These gases absorb and trap infrared radiation and cause heat to be retained in the earth’s atmosphere, making the planet warmer.

To cheers from the audience, Chua said: “We don’t need to be billionaires, superheroes or political leaders. We just have to be ordinary persons who do ordinary things for extraordinary goals like saving Mother Earth. So let us all be earth warriors.”

Chua’s speech moved Sophia School principal and dietitican Ann Regoso Abacan, who said she “got emotional” because going meatless once a week has been the school’s advocacy for the past decade.

Sophia School implements a “Meatless Monday” policy, said Abacan, who was in Finland with Chua.

The practice is based on the three Ks that the school has been promoting — kalusugan (health), kalikasan (environment) and kapayapaan (peace).

In fact, before flying out to Finland, the school celebrated another “Meatless Monday” with its partner, Quorn Philippines, to coincide with the April 22 Earth Day celebration with the theme “Go Meatless for the Animals, Go Meatless for the Environment.”

Other students in the forum spoke of environmental problems in their home countries.

Australia, said Zoe, its student representative, “tends to overconsume things” such as clothing, packaged food and electronic devices. “This can be seen in the 6 tons of textiles thrown out every 10 minutes, the 118,000 plastic bottles and 700,000 tons of e-waste thrown every year in Australia.”

The young African speaker from Botswana spoke of soil erosion, air and water pollution, drought and floods, while students from Mexico and Ecuador raised the lack of efficient public transportation as a problem that people solved by buying more cars.

Chua and fellow Grade 8 student Juan Iñigo Abacan, also of Sophia School, represented the Philippines as well in the annual World Summit of Students for Climate (WSSC) in Finland from May 28 to June 5. The weeklong summit included discussions and the creation of multimedia projects on such themes as mitigation and adaptation to climate change, and the role of forests in one’s home country.

The WSSC exhorts all schools in the world to plant trees every year until 2025, with the ultimate goal of neutralizing the 3 million tons of carbon dioxide emitted daily.