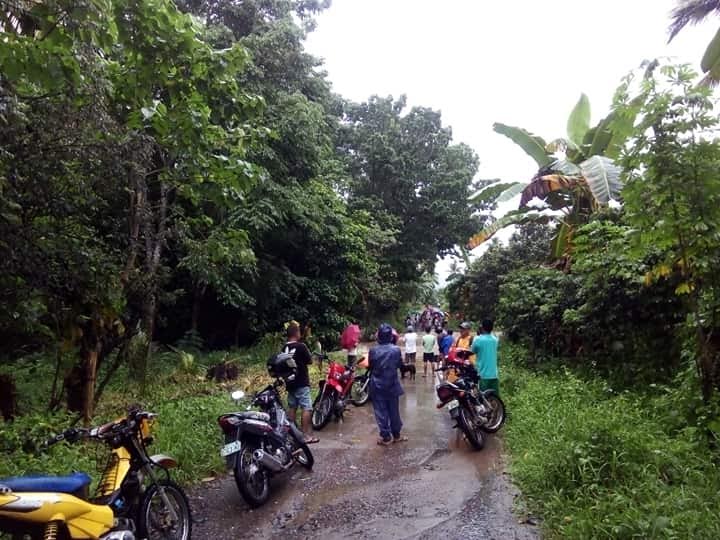 Students and residents wait out for the floodwater to subside after a downpour caused the river to swell-up and flooded Barangay Alibayon, Magpet, Cotabato on June 14, 2019. Photo by Williamor A. Magbanua

KIDAPAWAN CITY –– Hundreds of elementary and high school students in Barangay Alibayon, Magpet, Cotabato were stranded for more than two hours on Friday afternoon following a heavy downpour that caused the river crossing the village to swell, a school official said.

“The current was too strong that even parents who attended the Parents-Teachers-Association meeting were also stranded along with their kids,” Posadas said.

Most of the affected students were residents of Barangays Alibayon, Del Pilar and Lower Kauswagan, he said.

One Grade 7 student attempted to cross the rampaging flood water and was almost carried away were it not for the help of his fellow students, he added.

The village officials immediately rushed to the area to secure the school children and prevented them from crossing the flooded river.

When the water subsided around 4 p.m., the village officials loaded the stranded students and parents to a multicab and crossed the river safely.

“They are all safe and now in their respective homes,” Posadas said on Saturday.

Police Captain Rolando Dillera, Magpet chief of police, said no one was hurt by the flooding in the three barangays. WILLIAMOR MAGBANUA (Editor: Leti Boniol)