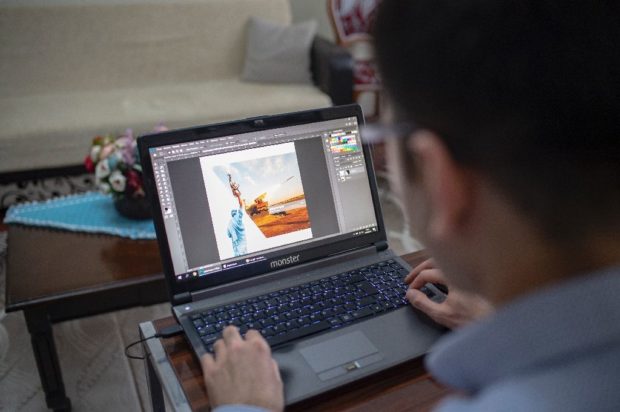 Gallenkus’ digital collages bring together photos he finds in the media that have similar compositions but tell entirely different stories. Image: AFP/Yasin Agkul

A Starbucks cup merging with a crowd around a dried-up well, or a yacht spliced with a boat full of refugees, powerful collages by a Turkish artist have taken the internet by storm.

With over half a million followers on Instagram and thousands more on Facebook and Twitter, 29-year-old Ugur Gallenkus has stirred a huge reaction by juxtaposing photos of misery in war-torn countries with the comforts of the West.

His digital collages bring together photos he finds in the media that have similar compositions but tell entirely different stories.

One features a little girl dressed in a Wonder Woman costume spliced together with a girl covered in blood and bandages, the sort of jarring contrast which Gallenkus hopes will raise awareness of a “parallel world.”

“I would like to tell the world that people in developing countries live in war, hunger and pain. If we want to live in peace and harmony we must have knowledge about each others’ lives,” he told AFP.

Gallenkus first started the project in 2016 in reaction to the photo of Aylan Kurdi, the three-year-old Syrian refugee who was found drowning on a Turkish beach the year before, which sent shock waves around the world and became one of the most searing images of Europe’s migrant crisis.

“One morning while watching the news, I saw the fear and despair in the eyes of a group of immigrant families trying to cross the sea for a better life,” the artist said. “That shocked me and I decided to tell the world of their situation.”

According to Gallenkus, his work covers subjects from all over the world including war, famine, violence against women, income inequality and climate change. 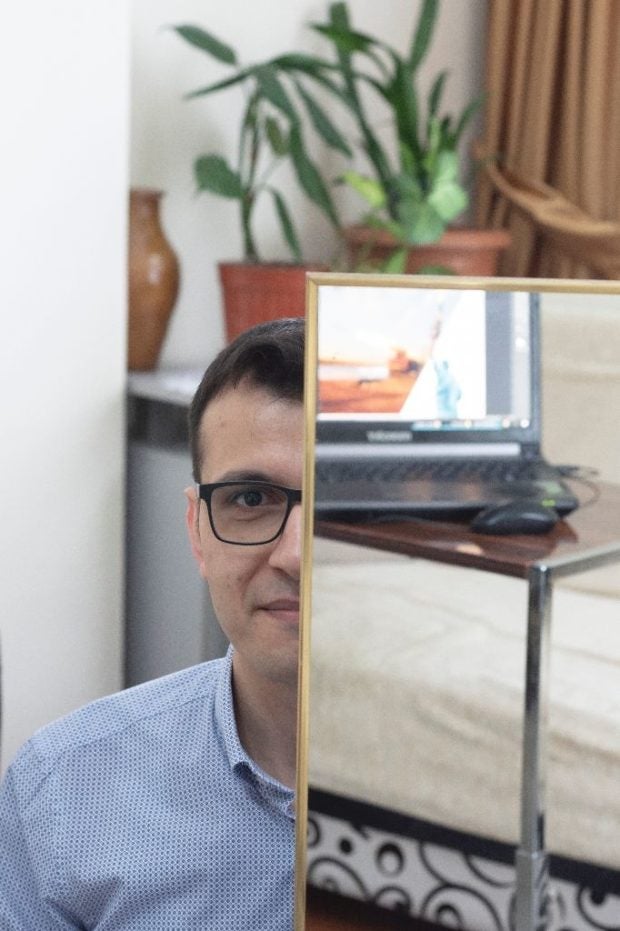 “But the war and instability in Iraq, Syria and Afghanistan are an important part of my work,” he stressed.

In another piece, one side of the image shows a father bathing his children in the remnants of a bathroom destroyed by war, while the other side shows a clean, lavish bathroom with a fancy chandelier.

“I only interpret the images in a different way. I try to find the value and meaning of the photos that I see in the news and add the message I want to give to the world,” Gallenkus said.

Thousands have commented on his social media feeds, expressing their anger, sorrow and shock.

“Art is powerful because it can express that which is beyond words. Praying for the healing of our world,” said Subra, a Facebook user, under one image.

“I am from Syria. Every time I see your pictures and the destruction of my country compared to the comfortable life in the West, I cry. We used to have the same life, but war took everything from us,” said Haroun, another netizen.

With all the messages of support from across the globe, Gallenkus said he is determined to continue his work in the hope of making the world a “happy and beautiful place for all.” HM/JB