Democratic Gov. Janet Mills, who had previously said she was unsure about the bill, signed it in her office.

“It is my hope that this law, while respecting the right to personal liberty, will be used sparingly,” said Mills. 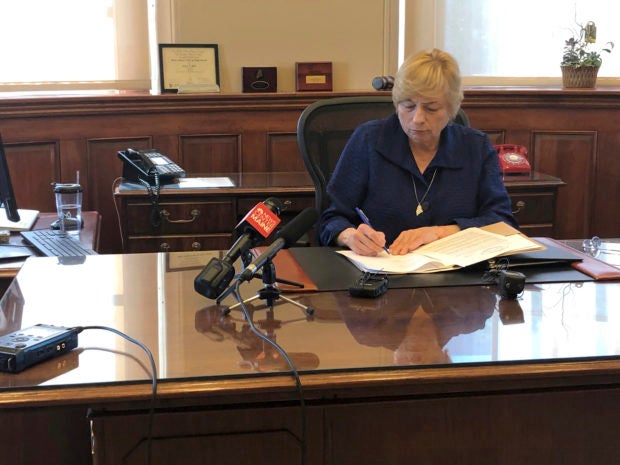 Oregon was the first state to legalize such assistance, in 1997, and it took over a decade for the next state, Washington, to follow suit.

While still controversial, assisted suicide legislation is winning increasing acceptance in the United States, and this year at least 18 states considered such measures.

The proposal had failed once in a statewide vote and at least seven previous times in the Legislature.

The current bill passed by just one vote in the House, and a slim margin in the Senate.

The signing Wednesday was a relief to Mainers such as Staci Fowler, 47, who’s taken on the fight for such laws in honor of her late friend Rebecca VanWormer.

VanWormer, whose breast cancer spread to her bones, had pushed for such a bill in 2015 — two years before she died in 2017.

“This is what she wanted,” said Fowler, an educational consultant in Gardiner. “And now everybody has the option that she didn’t have.”

The states are: California, Colorado, Hawaii, Oregon, Vermont, Washington, and New Jersey, whose governor signed the legislation earlier this year.

Montana doesn’t have a specific law on the books, but the state Supreme Court ruled in 2009 that doctors could use a patient’s request for life-ending medication as a defense against criminal charges.

Maine’s population has the oldest median age, and, as in other states, the proposal has exposed divisions that defied party lines. /gg