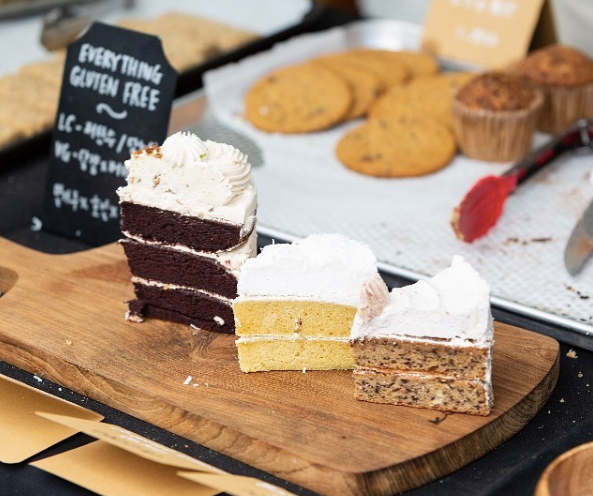 Some of the cakes sold at Sunny Bread in Seoul, South Korea. Image: Instagram/@sunnybreadkr

A burglar in Seoul, South Korea broke into a bakery and ate its pastries for hours before stealing the money from the counter.

The burglar arrived at the Sunny Bread bakery in Itaewon around 12:40 a.m. of June 7, as per Korea Times on June 11. The owner of Sunny Bread shared the CCTV footage on social media, saying the incident made her laugh.

In the video, the burglar can be seen picking up a muffin from the shelf. He then disappears for a while, before returning to grab more pastries and repeated this another time, this time going for the cake. The burglar spent around four hours in the bakery, as per the report, before taking 300,000 won from the counter (approximately P13,000).

“What was funny was, the thief took one piece of bread and ate it in front of the door,” the owner said. “Then, maybe because it was delicious, he took some more bread and then a piece of cake that was supposed to be discarded, and two more pieces,” the owner said.

The owner also said she has never seen a situation wherein the thief eats bread and has multiple helpings instead of focusing on taking the cash. No hard feelings seem to have been harbored, too, as she added she feels flattered the burglar enjoyed her pastries.

“I used to think my breads might not suit ordinary people’s palates as it is gluten-free for diabetes sufferers or people who are prone to [allergies],” she said. “But now I feel flattered. If you turn yourself in to police, I’ll forgive you and give you cakes.”

Meanwhile, authorities are currently investigating the case and using the footage to track down the culprit. Cody Cepeda/JB