CAIRO — Egypt has tried to halt the auction of a 3,000-year-old stone sculpture of the famed boy pharaoh Tutankhamun at Christie’s in London, while the auction house said its sale was legal.

The statue — a brown quartzite head depicting King Tut — is scheduled to be auctioned off in July, and could generate more than $5 million, according to Christie’s. 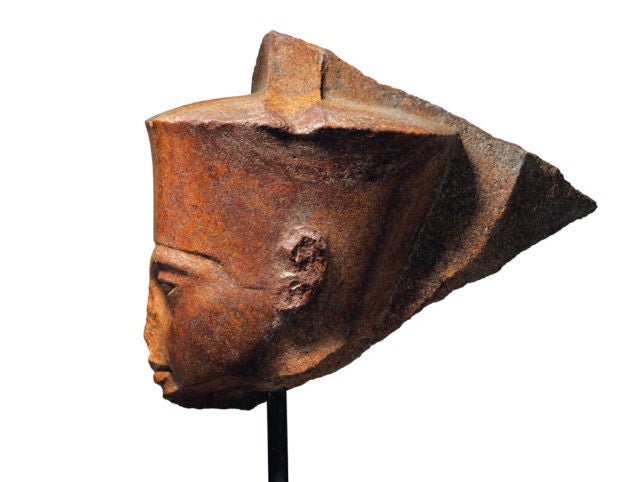 This image released by Christie’s on Tuesday, June 11, 2019, shows a 3,000-year-old stone sculpture of the famed boy pharaoh Tutankhamun at Christie’s in London. Image: Christie’s via AP

For many, King Tut is the ultimate symbol of ancient Egypt’s glory. Howard Carter discovered the pharaoh’s nearly intact tomb in 1922 in the Valley of the Kings, located on the west bank of the Nile River in Luxor. The site was packed with the glittering wealth of the 18th Dynasty, which ruled from 1569 to 1315 B.C., and yielded some of Egypt’s most famous treasures.

In a statement late on Saturday, the Egyptian foreign ministry said that it had demanded the auction house provide documents proving the statue’s ownership, and that it reached out to British authorities and the U.N. culture and education agency “to stop the sale procedures” for it and other Egyptian objects included in the lot.

It added that Egypt has the right to the statue based on its current and previous laws.

Mostafa Waziri, chief of the Supreme Council of Antiquities, told The Associated Press on Tuesday that Christie’s has not answered their requests yet.

He said he believes that the head belongs to King Tut, but it was not found in the tomb in the Valley of the Kings.

“This head is not one of the 5,398 pieces that were found inside the tomb,” he said.

According to a 1983 law regulating the ownership of antiquities, any ancient artifacts found in the country are considered state property, “with the exception of antiquities whose ownership or possession was already established at the time this law came into effect.”

Egypt has long sought to bring home antiquities it considers state property. Waziri said that in the past two years thousands of artifacts smuggled or taken out of Egypt illegally have been repatriated.

It said in a statement that the statue, which has been well published and exhibited in the last 30 years, is sold from the Resandro Collection, one of the world’s most renowned private collections of Egyptian art.

“The present lot was acquired from Heinz Herzer, a Munich-based dealer in 1985. Prior to this, Joseph Messina, an Austrian dealer, acquired it in 1973-74 from Prinz Wilhelm von Thurn und Taxis, who reputedly had it in his collection by the 1960s,” Christie’s said. NVG

Read Next
Philhealth, PSA work on ‘data sharing’ to know if claimant is dead or alive
EDITORS' PICK
Heads may roll at BOC, says Palace if sugar smugglers are allowed to use recycled import permits
What to watch out for when selecting a video surveillance solution
Apple warns of flaw that lets hackers into iPhones, Macs
House energy committee chair Arroyo bats for cheap electricity
46% of schools nationwide to have full face-to-face classes on Aug. 22
vivo brings to the Philippines a powerful smartphone with a slimmer body, the vivo Y02s for only PHP 6,499
MOST READ
DepEd to give teachers P5K cash allowance within first week of classes
LOOK: Miel Pangilinan dazzles in glittery pre-debut shoot
DOJ indicts bank officer in $2.1 billion Wirecard fiasco
PH importing sugar after all: Marcos okays 150,000 MT
Don't miss out on the latest news and information.