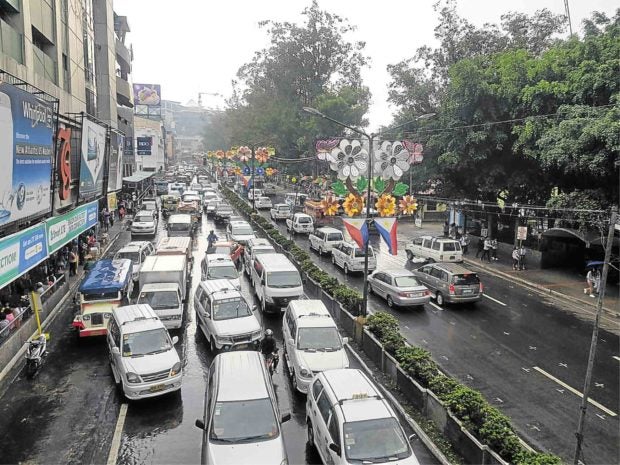 BAGUIO CITY, Benguet, Philippine — Traffic experts of the Metropolitan Manila Development Authority (MMDA) are gathering data on Baguio traffic flow, motorists’ behavior and where population is concentrated at certain hours of the day, to help with the “grand rehabilitation” of the summer capital, Mayor-elect Benjamin Magalong said on Monday.

MMDA engineers have developed computer applications to draw up the real-time traffic condition of the city, which is now the subject of a gradual overhaul to prevent urban decay, he said.

Magalong, a retired police general, said he spoke to officials in the Office of the President two weeks ago about Baguio’s rehabilitation and was offered resources to set up a central command post to manage traffic, and oversee peace and order.

A draft final report on urban carrying capacity study commissioned by the National Economic and Development Authority said Baguio resources, such as water, land area and trees, were sufficient for the city’s population of under 350,000.

But these resources are stretched by a daytime population of over 700,000 when transient students and workers as well as tourists commute or drive to the city each day, according to the study team of Certeza Infosys Corp.

In 2014, major roads leading to Baguio suffered gridlocks that stretched all the way to Pangasinan and La Union provinces when motorists drove through the completed sections of the Tarlac- Pangasinan-La Union Expressway.

City roads support a population threshold of 145,416 people using a standard of 2.4 kilometers per 1,000 people, the team said. This means Baguio’s 349-km road system is good for 42 percent of the population or serves only 20 percent of the daytime population.

“Lack of roads will create traffic jams, cause air pollution and cut down the economic productivity of commuters,” the team said.

It recommended developing a traffic engineering center similar to MMDA and studying how building projects worsen traffic flow in parts of the city.

Magalong said he intended to study the city’s road system using satellite imagery and other data-gathering instruments, after discovering that motorists seem to concetrate around downtown Baguio.

Abanao Street, which intersects the Baguio market, Session Road and Burnham Park, draws over 60,000 vehicles each day, he said.

However, engineered road systems, such as the Baguio circumferential road which serves travelers coming to and from neighboring Benguet towns like La Trinidad, have been underutilized, he said.

La Trinidad hosts the vegetable trading post, where salad vegetables like cabbage, carrot and lettuce are hauled by trucks to Metro Manila and other markets.

“If we have an empowered and reliable jeepney fleet, residents will be discouraged to use their cars for short trips which could dramatically ease city-wide congestion,” wrote Michelle Bacalla-Garcia, an urban management expert aligned with CCT.

According to a 2017 study, city traffic congestion has also affected the public utility system when hourlong traffic for a 30-minute trip means a loss of P12,852 a month per driver.