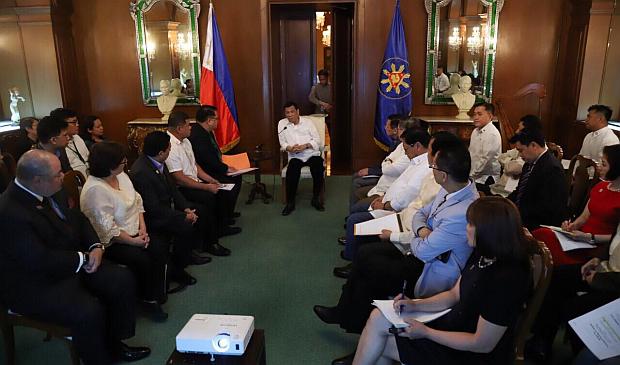 MANILA, Philippines — The services of Philippine Health Insurance Corp. (PhilHealth) will continue despite the call of President Rodrigo Duterte for its top officials to resign amid allegations of fraud involving ghost dialysis payments, Malacañan Palace assured on Monday.

In a statement, presidential spokesman Salvador Panelo said “second-level officials” would temporarily man the state health insurance company while the National Bureau of Investigation (NBI) was conducting a “full-scale investigation” into the alleged irregularities as ordered by the President.

“We assure our people that the services of PhilHealth will remain unhampered as operations will continue and will be momentarily run by second-level officials pending the subject investigation,” Panelo said.

“There will be an in-depth study on how the frauds are systematically committed by unscrupulous persons in and out of PhilHealth. There will be criminal prosecutions of all those involved. No one will be spared,” he added.

The President earlier asked PhilHealth acting chief Roy Ferrer, as well as the members of the board, to tender their courtesy resignation after the Inquirer bared last week that Quezon City-based WellMed Clinic had been filing and receiving payments from PhilHealth for dialysis treatments though some of the patients had already died.

Over the weekend, the President announced that he would reorganize PhilHealth amid the scandal, which he claimed caused the government more than P100 billion.

Panelo insisted, however, that the President still trusted the PhilHealth officials despite calling for their resignation.

“While the Chief Executive reiterated his trust in — and has no doubt about — the integrity of PhilHealth Acting President and CEO Dr. Roy Ferrer, as well as the members of the board, he however demanded for their courtesy resignation in order for the corporation to have a clean slate absent any taint of irregularity in rendering services as well as implementing pertinent policies on health, including the Universal Health Care Act,” Panelo explained.

In a separate statement, incoming Sen. Christopher “Bong” Go, former presidential aide, said “certain plantilla officials will be placed under Office of the President while the investigation is ongoing.”

Go also explained that resignations to be submitted by PhilHealth officials have to be accepted by the President first before they could take effect.

“Until any action on their courtesy resignations is taken by the President, appointive officials shall continue to report for work and perform their normal duties and responsibilities,” Go said.