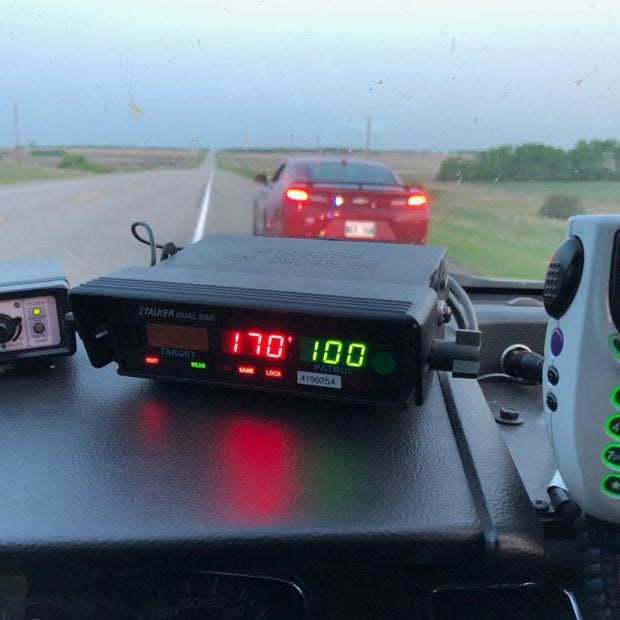 Canadian Police fined a 16-year-old for overspeeding in his Chevrolet Camaro due to a bathroom emergency. Image: Facebook/Royal Canadian Mounted Police in Manitoba

A teenager from Manitoba, Canada cited a bathroom emergency after being caught by local police for overspeeding.

The 16-year-old was pulled over by the police for driving at 170 kilometers per hour in his Chevrolet Camaro, as per the Royal Canadian Mounted Police in Manitoba’s Facebook post on Friday, June 7.

When the teenager was questioned, he explained that he had eaten “too many hot wings and needed a bathroom.”

The police department did not excuse the Camaro driver and was fined CAN$966 (almost P38,000) for overspeeding and CAN$203 (almost P8,000) for driving without supervision.

According to the police, there are “absolutely #noexcuses for that kind of speed.” Hannah Mallorca/JB