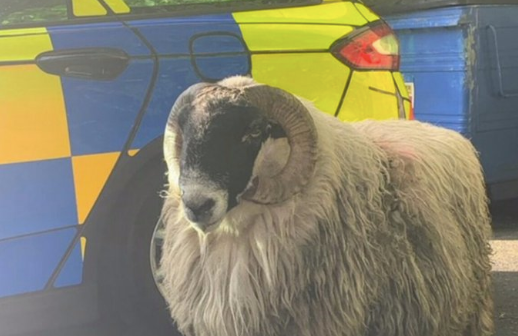 Police officers from Lancashire, England found themselves in a wild sheep chase during their first call of the day.”

According to the Lancashire Constabulary Police Dog Unit, their officers responded to an incident wherein they had to round up a loose sheep charging on the street.

Turn left at the junction for #Lancaster Station… Oops, look out for the sheep! 🐑
Well done @LancsPolDogUnit 👍🚔 pic.twitter.com/M3cjE1JfeF

A witness from British Transport Police Lancashire shared a video of the sheep headbutting an officer while chasing the animal.

First job if the day was to sight this running on Lancaster one way system, then followed a comedy moment as the sheep headbutted the dog handler 😂 If you have lost a sheep it's safely in our custody and no sheep or dog handlers hurt during the process pic.twitter.com/ifYnOzSICJ

The police dog unit said that the sheep was eventually captured and none of the officers were hurt during the “comedy” chase.

“[It was] a comedy moment as the sheep headbutted the dog handler,” the police dog unit stated. “If you have lost a sheep, it is safely in our custody and no sheep or dog handlers [were] hurt during the process.” Hannah Mallorca/JB

‘Sheep’ and ‘vineyards’ no longer