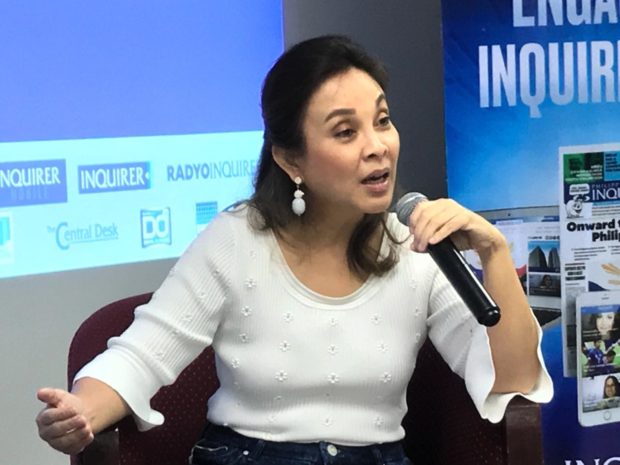 MANILA, Philippines — An anti-corruption watchdog on Tuesday claimed Senator Loren Legarda violated the Constitution with the approval of the bill granting a 25-year franchise to Solar Para Sa Bayan (SPSB) Corporation, which is owned by her son, Leandro Leviste.

Citing the Constitution, Leon Peralta, founding chairman of the Anti-Trapo Movement (ATM), said that Legarda is not allowed to have a “direct or indirect interest in a franchise granted by the government.”

Both the Senate and the House of Representatives on Monday ratified the bill, which now awaits the signature of President Rodrigo Duterte. Legarda, however, said earlier she abstained from voting “out of delicadeza.”

“On the words of the sponsor, it’s a social justice legislation. But I abstained out of delicadeza because it’s owned by my son, a 25-year-old entrepreneur,” she said at the regular Kapihan sa Senado last May.

Peralta, however, said Legarda’s decision to abstain “does not matter.”

“That prohibition applies whether she abstains from voting or not… Senator Legarda’s abstention doesn’t matter, because she still has prohibited indirect interest in the franchise,” Peralta said.

The group also alleged that Legarda’s Senate staff actively followed up on the progress of her son’s franchise request in the House Committee on Legislative Franchises.

In December, ATM filed a complaint before the Senate Committee on Ethics and Privileges regarding the bill.

Several lawmakers also questioned the granting of the franchise.

In September 2018, a group of lawmakers at the House of Representatives filed a resolution questioning the franchise.

As of this posting, INQUIRER.net is contacting Legarda to get her comment regarding the issue. (Editor: Jonathan P. Vicente)