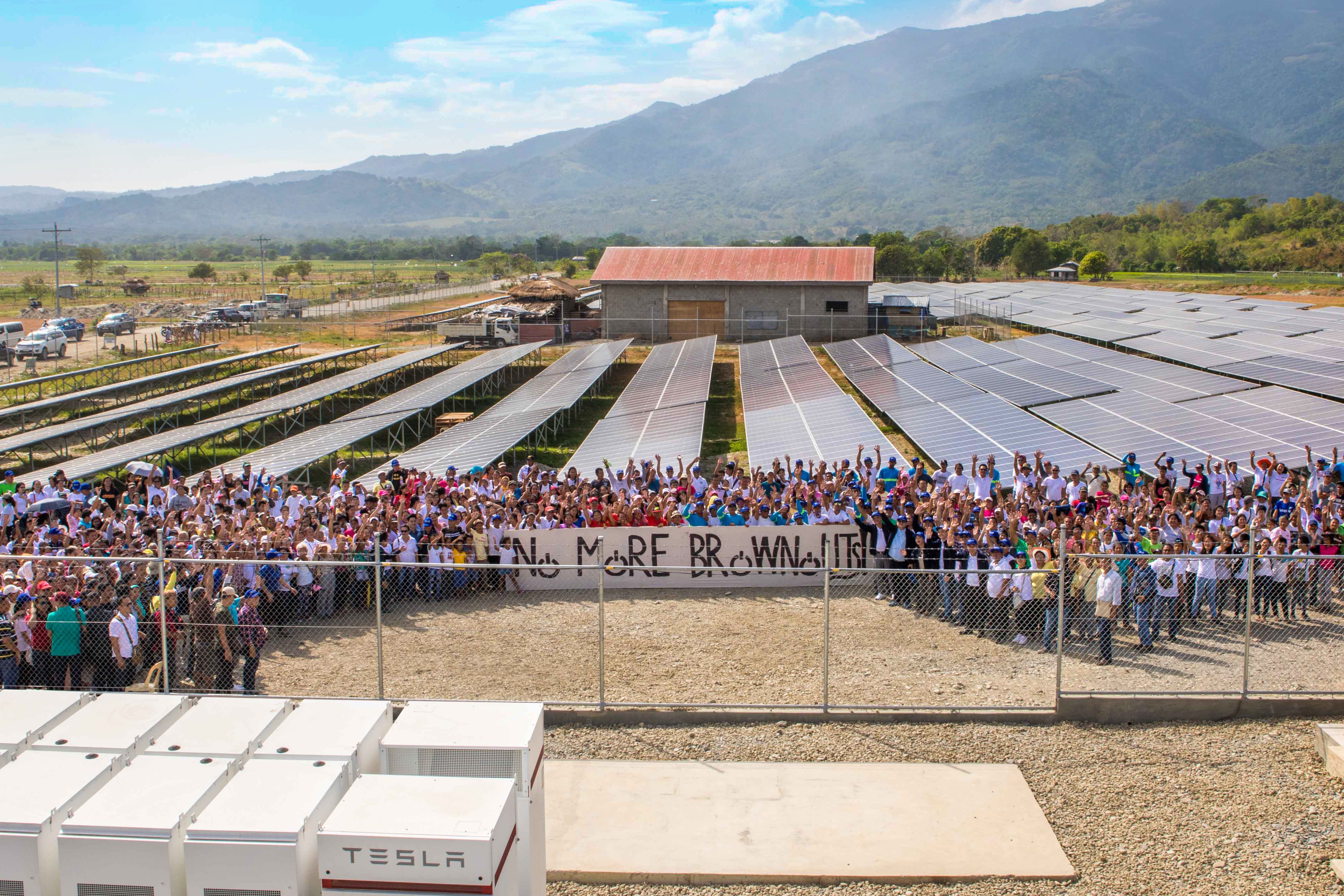 “No More Brownouts”: Residents of Paluan, Occidental Mindoro, celebrate Solar Para Sa Bayan’s completion of the largest solar-battery minigrid in Southeast Asia, bringing 24/7 power for the first time in the town’s history, at less than 50% the cost of the local electric cooperative. Solar Para Sa Bayan is now present in 12 towns in provinces including Mindoro, Palawan, Masbate, Aurora, and Cagayan, to benefit 200,000 Filipinos in 2018, the first time so many will get electricity at zero cost to government. CONTRIBUTED PHOTO

The Senate and the House of Representatives separately ratified the bicameral conference committee report on House Bill No. 8179.

The proposed law, which gives SPSB franchise to “construct, install, establish, operate, and maintain distributable power technologies and mini-grid systems throughout the Philippines to improve access to sustainable energy,” only needs President Rodrigo Duterte’s signature before becoming a law.

While the bill was eventually ratified in the upper chamber, senators Sherwin Gatchalian and Risa Hontiveros voted negative on the ratification of the bill.

Gatchalian said there was a “substantive insertion in the bicameral report that will negatively affect the power industry by the franchise”, particularly on the definition of underserved areas which include areas where electricity services have been interrupted at least 12 times in the 12 months preceding the date of the determination of the areas.

Gatchalian said there is no basis for the frequency of interruptions indicated in the report. The senator added that the word “interruption” was also not clearly defined in the bicameral report.

In 2018, several lawmakers tried to block the approval of the bill in the House, claiming it permits an “unconstitutional super franchise” to SPSB, and violates the Electric Power Industry Reform Act of 2001. But during the plenary ratification in the lower chamber, no one objected the bill’s ratification. The session was adjourned right after the approval.

Leviste had denied this as he also debunked allegations that the grant of the franchise would create a monopoly.