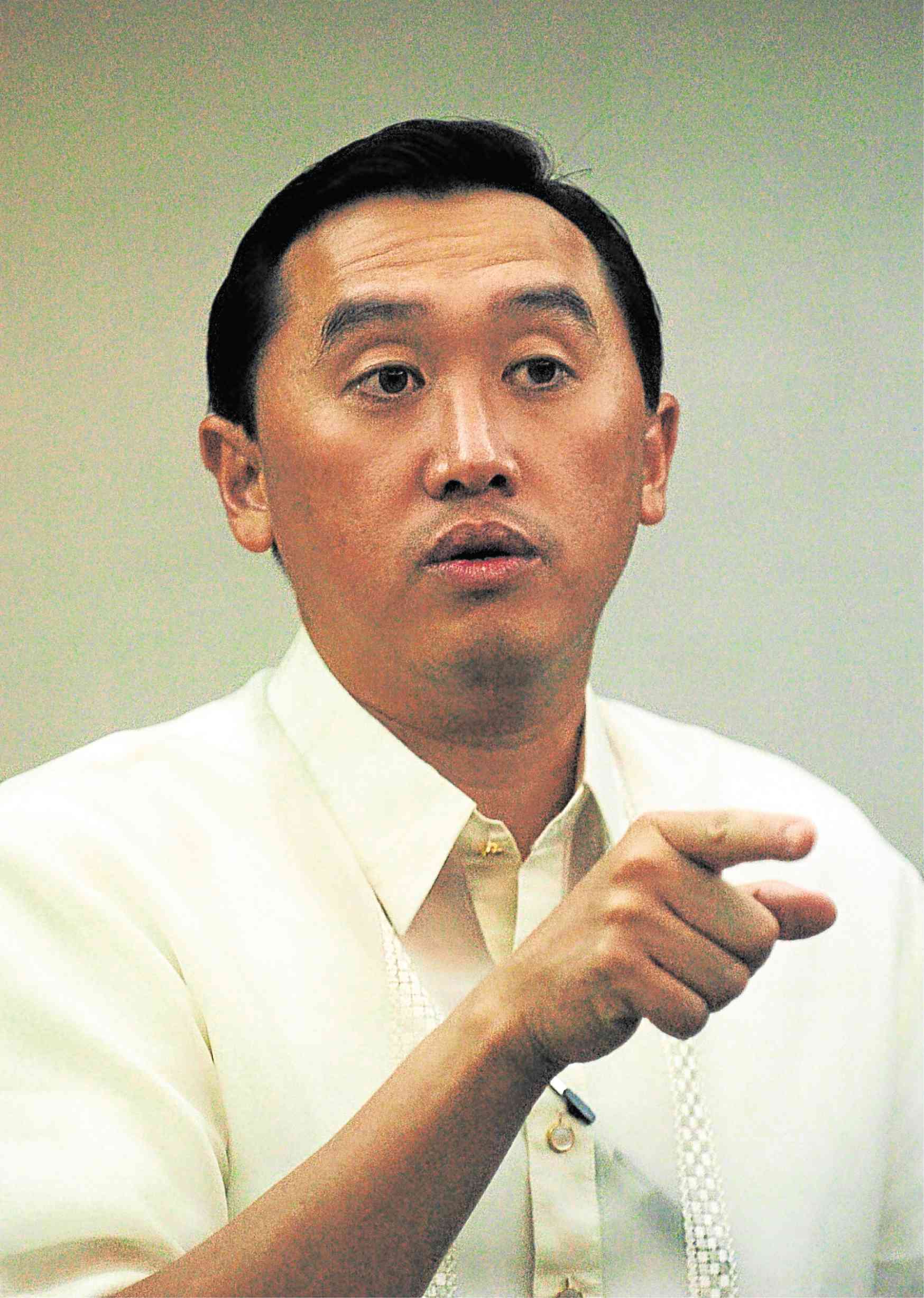 Deputy House Speaker Arthur Yap on Wednesday defended his bill that would seek to grant a nonexclusive congressional franchise to a startup solar company that offers consumers a cheaper, cleaner and reliable source of electricity.

Breaking his silence, the Bohol lawmaker insisted that House Bill No. 8179 had provisions preventing Solar Para Sa Bayan Corp. (SPSB) from monopolizing the distribution of solar and other renewable energy sources.

SPSB wants a franchise to set up “distributable power technologies and minigrid systems.”

As principal author, Yap reiterated that the measure was consistent with a 2005 Supreme Court decision declaring unconstitutional the grant of exclusive franchises to public utilities.

He said the bill also contained safeguards barring SPSB, which is owned by Sen. Loren Legarda’s son, Leandro Leviste, from selling, leasing and transferring its franchise.

“In fact, the bill clears the way for other new players to apply for their own nonexclusive franchises,” Yap said in a statement.

“It is a measure specifically designed to break the existing monopolies of traditional utilities that have otherwise fallen behind in improving the quality of their service,” he added.

Romero said the franchise would provide Leviste’s company a “master franchise” and  “blanket authority… to infringe and encroach” on the operations and franchises of transmission grids, and about 140 distribution utilities and electric cooperatives nationwide.

“A grant of a congressional franchise to Solar Para sa Bayan is not needed and is unprecedented in nature. The opposition to this bill is 100 percent [supported] by the whole electric power sector,” he said.

Buhay Rep. Lito Atienza, for his part, said granting SPSB a franchise would give it “undue [financial] privileges and benefits.”

Yap maintained, however, that those opposing the measure should not invoke the “outmoded” Epira to block new power companies.

“Certainly, Epira was not envisioned by Congress to bar new players from providing cheap, reliable electricity to communities that want better electric service across the country,” he said.

According to Leviste, SPSB is a proponent of minigrids in areas that do not enjoy adequate electricity services as well as communities where there are no such services at all.

“The text of the bill speaks for itself: It is nonexclusive, encourages others to apply for the same, and aims to end the existing monopolies on electricity, because we believe consumers deserve new choices for better service at lower cost,” Leviste said.

“It also incurs zero cost to government and eliminates the need for billions in subsidies to existing utilities,” he added.

Traditional utilities receive government subsidies for diesel fuel and grid extension of around P30 billion a year, on top of other costs borne by the government, said a briefer provided by SPSB.

SPSB noted the consumers’ “overwhelming support” for HB 8179, giving SPSB the nonexclusive right to construct solar-battery minigrids at zero cost to government, and “offering Filipinos an alternative choice for electricity and paving the way for more competition in the power industry.”

SPSB is already bringing 24/7 power to towns in Mindoro, Palawan, Masbate, Cagayan and Aurora provinces. It aims to serve 500,000 Filipinos in 2018, in towns that want better electric service.

More than 20 towns have already passed resolutions in support of SPSB’s minigrid projects, after conducting public consultations across the country.

Over 100,000 Filipinos have signed petitions in support of HB 8179, and consumer groups have come to the bill’s defense amid opposition from existing power suppliers threatened by the advent of competition.