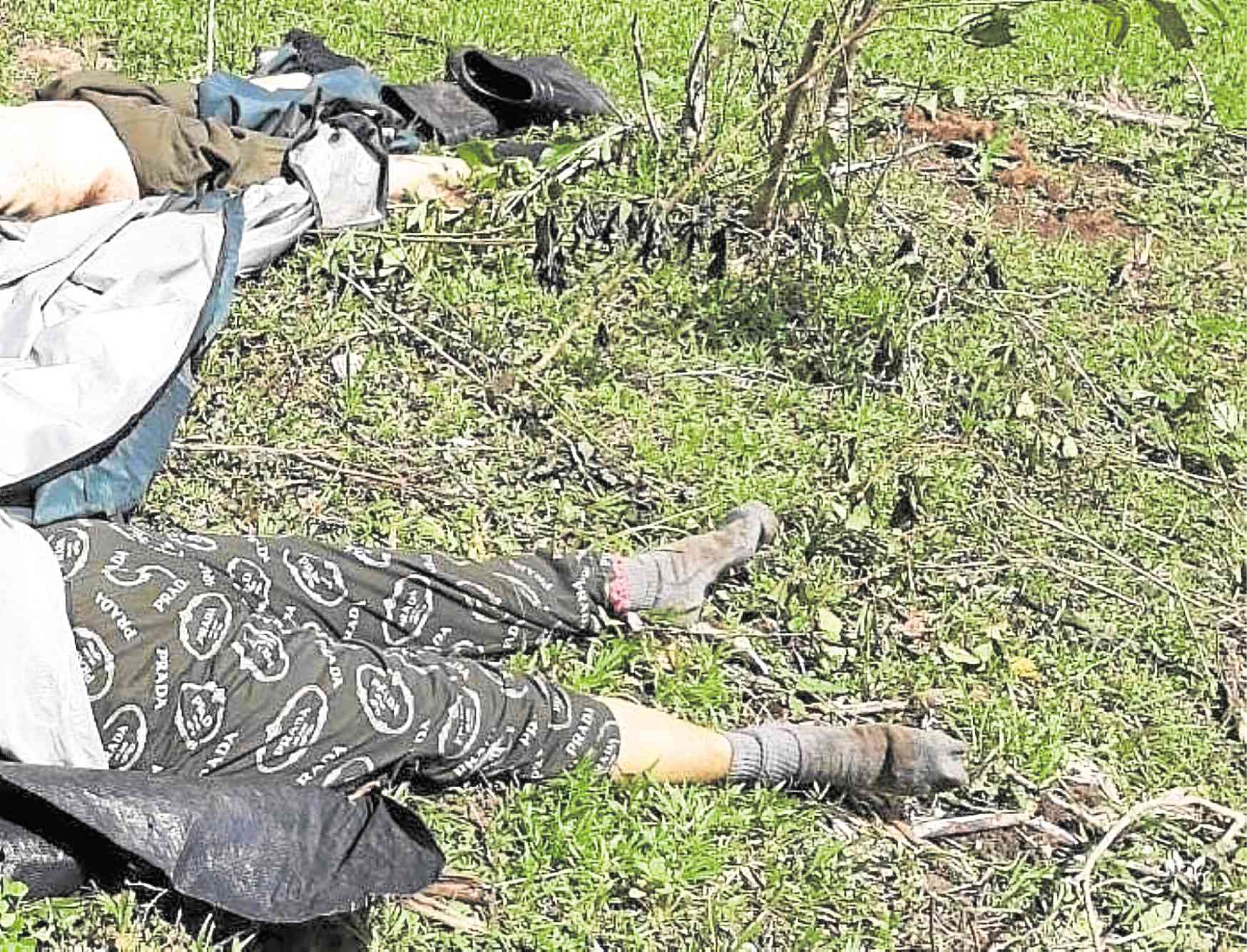 COLLATERAL DAMAGE The bodies of Dutch hostage Ewold Horn and Mingayan Sahiron (foreground), wife of Abu Sayyaf leader Radulan Sahiron, are shown partly after they were recovered at the scene of the fighting between Abu Sayyaf bandit and government troops in Patikul, Sulu on Friday.—PHOTO COURTESY OF WESTERN MINDANAO COMMAND

ZAMBOANGA CITY—A long-held Dutch hostage was shot and killed by his Abu Sayyaf captors on Friday when he tried to escape during a gunbattle in Sulu province, military officials said.

At least six bandits were killed and 12 others wounded in the nearly two-hour firefight at Barangay Pansul, Patikul town, Sulu, on Friday morning.

Col. Gerry Besana, public affairs officer of the Armed Forces’ Western Mindanao Command, said initial reports indicated that Horn was killed by his captors at the height of the encounter that erupted shortly before 8 a.m. and lasted for about two hours.

Among those killed was Mingayan Sahiron, the wife of Abu Sayyaf Group (ASG) commander Radulan Sahiron, who has long been wanted by the United States and the Philippines.

Horn, a Swiss friend and a Filipino  bird expert and photographer were abducted by gunmen during a bird-watching trip off the waters of Parangan village in Panglima Sugala town in Tawi-Tawi province on Feb. 1, 2012.

The group reportedly arrived in Bongao, Tawi-Tawi, in late January 2012 and proceeded initially to Languyan Island for bird spotting.

After a day in Languyan, they hired a pump boat to bring them to Panglima Sugala, where they were kidnapped.

Ivan Sarenas, Horn’s Filipino companion, managed to escape by jumping off the boat while Swiss captive Lorenzo Vinciguerra escaped in Sulu from his captors in December 2014.

Horn was 52 when he was kidnapped. Vinciguerra was 47.

“We are angered by the ASG’s utter disregard for human rights that they would rather murder Mr. Ewold Horn than let him be recovered by government forces,” Pabayo said in a statement.

Horn’s body was recovered by government forces, he said.

He said government forces “tried our very best to safely rescue him from his captors” and suffered casualties themselves.

Lt. Col. Gerald Monfort, public affairs officer of the Joint Task Force Sulu, confirmed the recovery of Horn’s body, as well as that of Mingayan Sahiron.—REPORTS FROM AP, JULIE ALIPALA AND JAYMEE GAMIL