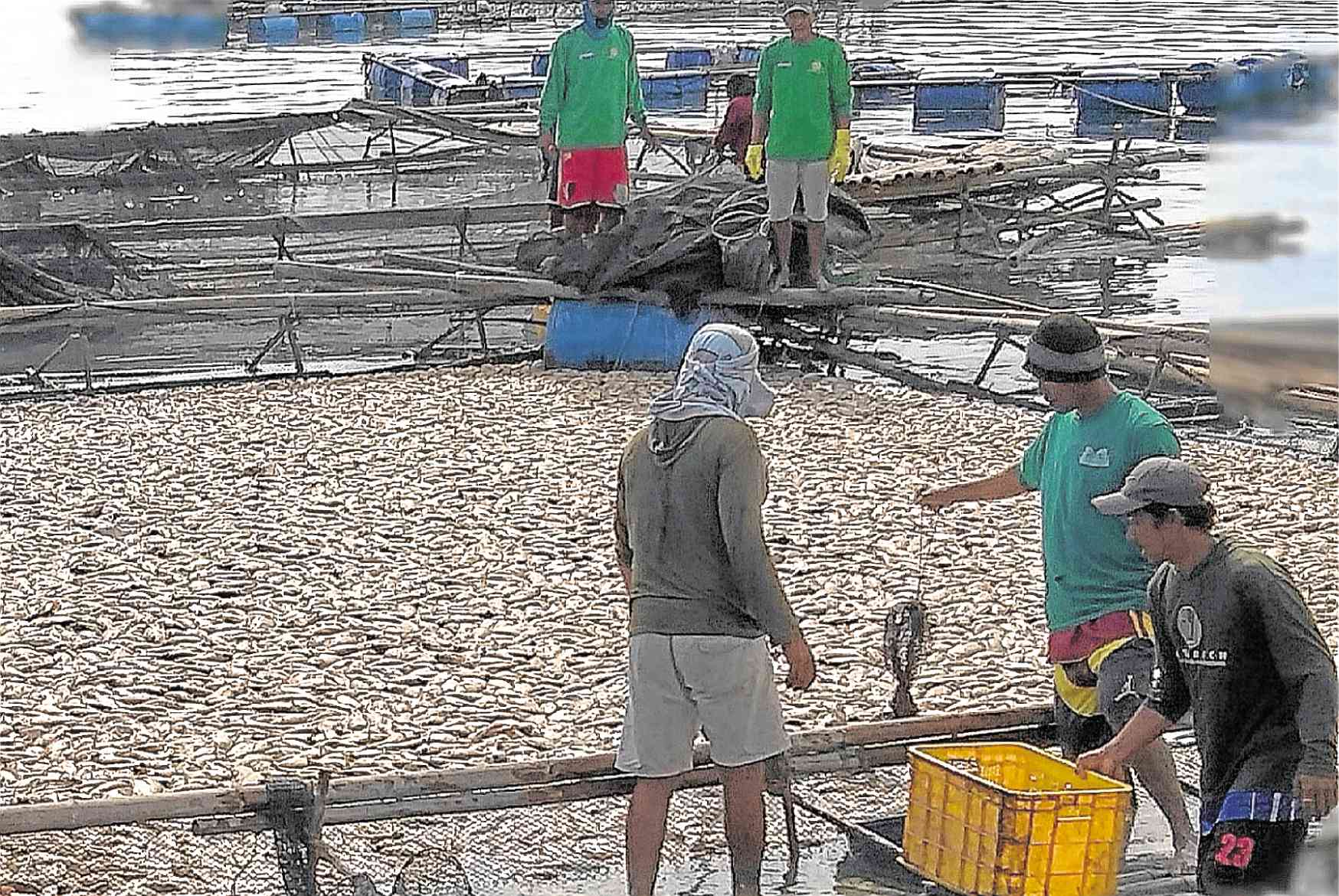 BELLY-UP At least 150 tons of tilapia in fish cages died due to low level of dissolved oxygen in Taal Lake. — PHOTO FROM the Department of Environment and Natural Resources Batangas

SAN PEDRO CITY — At least 150 tons or P12.3 million worth of cultured tilapia turned belly-up in fish cages in Taal Lake in Batangas province due to a low level of dissolved oxygen in the water.

The Department of Environment and Natural Resources and the local government of Laurel town in Batangas continued to closely monitor the remaining fish cages after the fish kill occurred in the villages of Gulod and Buso-buso in the last two days.

As of Friday, provincial environment officer, Jose Elmer Bascos, said they had yet to dispose all of the dead fish as they needed a larger area to bury them.

Bascos said fish and other marine animals required a certain level of oxygen in the water to thrive.

While the decreasing oxygen level is considered a natural phenomenon that usually occurs this time of the year, the Bureau of Fisheries and Aquatic Resources (BFAR) has advised cage operators to immediately move the cages from the affected areas.

“But some [fish cage operators] were not able to harvest on time,” Bascos told the Inquirer by telephone.

He said they were also looking at “wrong practices” such as overstocking and overfeeding that may have worsened the situation.

Growing of tilapia and “bangus” (milkfish) is a multimillion peso industry in Taal Lake.

BFAR Regional Director Wilfredo Cruz, in a May 31 advisory, said the water quality remained “poor” in the villages of Manalao, Bañaga and Bilibinwang in Agoncillo town; Leviste and Buso-buso in Laurel town; and San Isidro, Quiling and Sampaloc in Talisay town.