Pagasa sees at least 10 cyclones from June to November 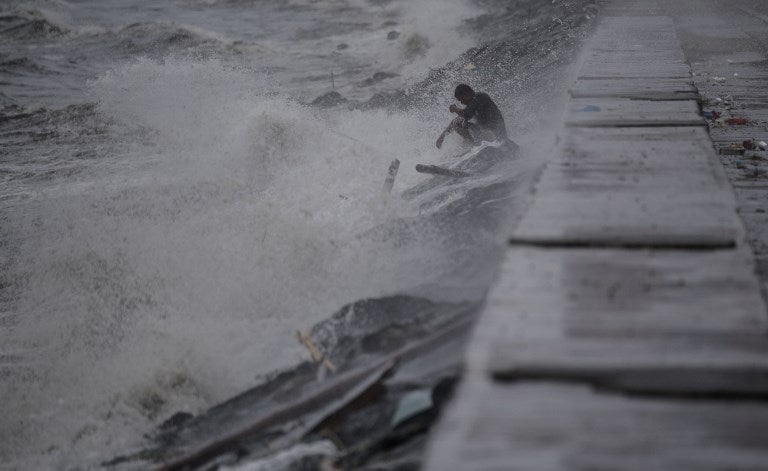 A man sits by a breakwater while strong waves crash around him as a storm hits Manila in this file photo. AFP FILE

Deputy Administrator for Research and Development Flaviana Hilario said at least one or two tropical cyclones were expected every month from June until November.

Hilario explained that the weather bureau’s forecast had yet to distinguish whether these are tropical depression, tropical storm or a typhoon.

“Tropical cyclone, it can be depression, it can be tropical storm or it can be a typhoon. Hindi po natin nadidistinguish kasi sa forecast natin,” Hilario said.

Meanwhile, Hilario said the start of the rainy season might be declared on the first or second week of June.

“Hindi pa nasa-satisfy ang criteria for the onset based sa ating monitoring. The onset will be either during the first week or second week of June,” Hilario said. (Editor: Cenon B. Bibe Jr.)