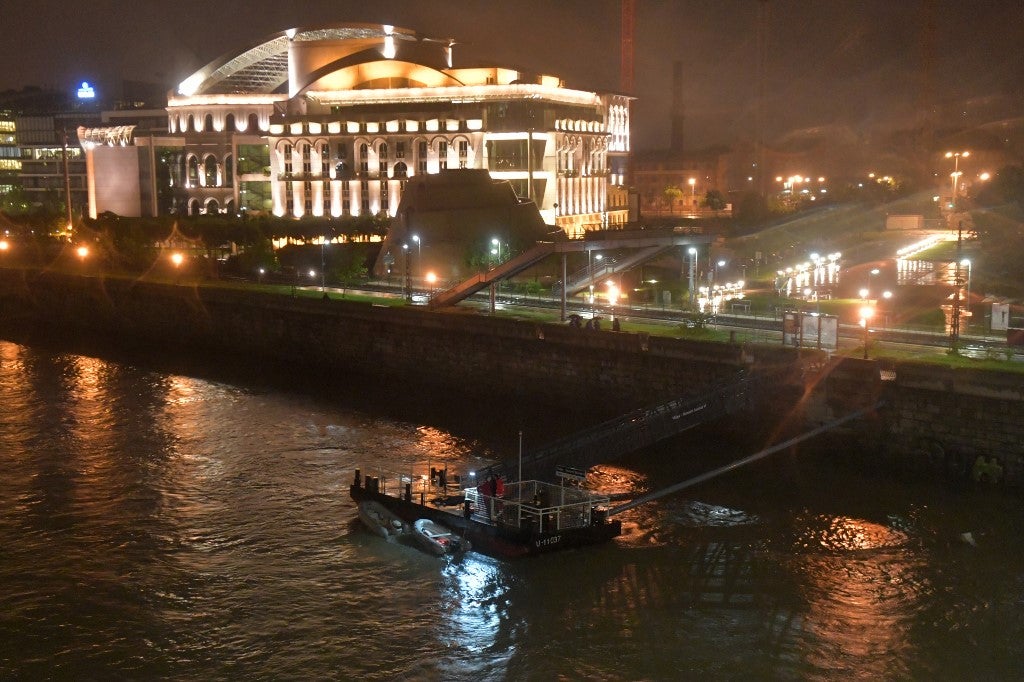 A victim’s body is covered by a black plastic on a rescue barge at the Danube River close to the National Theatre of Budapest on May 29, 2019. A riverboat used for tourism capsized in the Hungarian capital on May 29, 2019, with dozens of people on board, and a rescue effort was underway as 7 people died and 19 others are missing. AFP

SEOUL, South Korea – Seven South Korean tourists were killed and 19 are missing after a pleasure boat capsized on the Danube in the Hungarian capital, the foreign ministry said Thursday.

A total of 33 South Koreans were onboard and seven have been rescued, with a rescue operation underway for the missing 19, it said, adding the boat capsized after a collusion Wednesday with a cruise ship, without elaborating further.

Hungarian media, however, reported only three dead with 15 rescued and 16 missing.