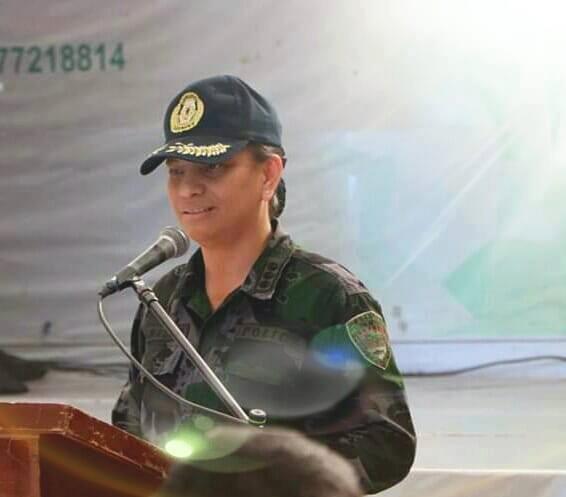 Manalad, the first woman city director not only in this city but also in the Soccsksargen Region and the entire Mindanao, took over the post of Police Colonel Michael Lebanan, former head of the Cotabato City Police Office, who has been reassigned to the regional office in General Santos City.

Cotabato City Mayor Cynthia Guiani-Sayadi, the first elected woman mayor in the city, welcomed Manalad’s appointment during the turnover ceremonies at the CCPO headquarters here. The mayor, who worked with the woman police officer in the Regional Advisory Committee (RAC) even before her appointment as city director, said Manalad was a good choice for the city.

Manalad, 46, was the first and only female cadet to graduate from the country’s premier police academy in 1995.

Before her assignment here, she worked as acting chief of the regional plans and strategy management division of Police Regional Office 12 (PRO 12).

Manalad was also a graduate of Master in Public Management, major in development and security, at the Development Academy of the Philippines in 2016. She served in the UN peacekeeping mission in the conflict areas of Kosovo and East Timor.

As a peacekeeper, she has pushed for the deployment of more women peacekeepers in the UN missions in conflict-affected countries.

“Women may be weaker physically but we could be as strong as everybody else in the service in several other ways,” Manalad said.