MANILA, Philippines – A shipment of cigarettes that did not have the required importation documents was seized in Zamboanga City over the weekend, the  Bureau of Customs (BOC) said Monday.

The BOC said that about 500 cases of cigarettes were seized at the Danny Udin Salasain Wharf Compound in Arena Blanco, Zamboanga City last Saturday, May 25. 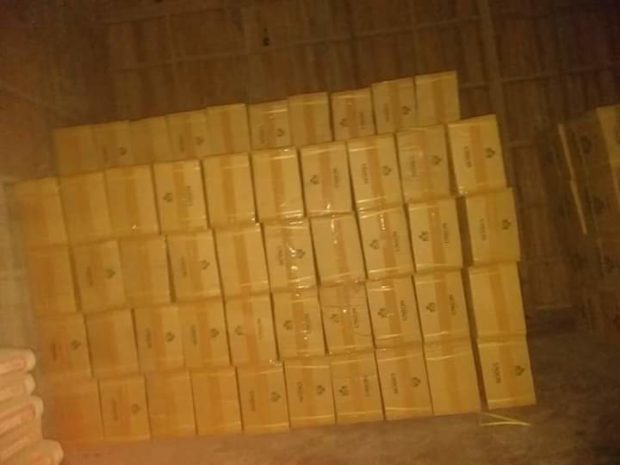 BUSTED. Packs of cigarettes worth an estimated P20 million without importation and other pertinent documents are seized at a Zamboanga City wharf over the weekend. Photo by BOC-Port of Zamboanga

The seized cigarettes are now under the custody of BOC – Zamboanga for proper inventory, issuance of Warrant of Seizure and Detention, and condemnation due to the absence of a National Tobacco Administration (NTA) permit and violation of Executive Order No. 245  or the Amended Rules & Regulations Governing the Exportation and Importation of Tobacco and Tobacco Products and Section 117 of RA 10863, otherwise known as the Customs Modernization and Tariff Act  (CMTA) of 2016.

The cigarettes, the BOC said, may have been brought in from Malaysia or Indonesia via Tawi-Tawi or Sulu.

The packages did not bear the name and address of the consignee. (Editor: Gilbert S. Gaviola)