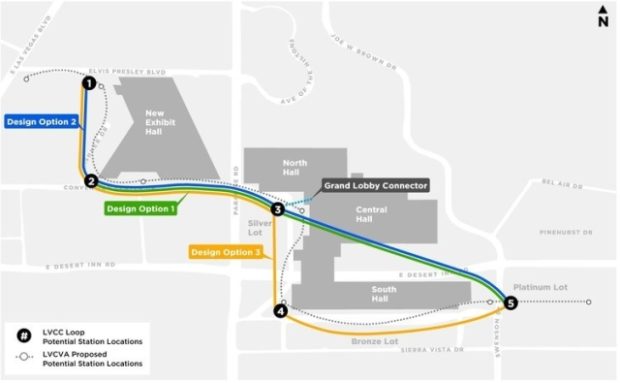 Illustration of the three design options for the underground tunnel. Image: The Boring Company via AFP Relaxnews

Earlier this week, The Boring Company won its first commercial contract to build a high-speed underground transport tunnel. According to The Guardian, the convention center will be paying the company $44 million (around P2.2 billion) to create a loop system that connects all the convention center halls, reducing the transport time from the New Exhibit Hall to the North/Central Hall from 15 minutes to just one minute.

The Boring Company explains that passengers will be transported underground at speeds up to 155 miles per hour by compatible autonomous electric vehicles based on the Tesla Model 3 and X models.

Construction of the tunnel will be “silent, invisible, and imperceptible” to the world above ground and will be unaffected by all weather conditions. Elon Musk announced on Twitter that the project will begin in two months — right now, three design options are still under consideration.