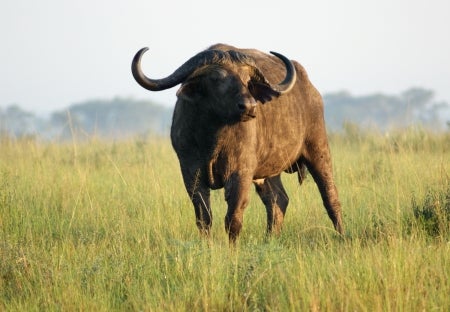 Zimbabwe will allow bow and arrow hunting of buffalo in a bid to capture a growing part of the international sports trophy hunting market, an official said Saturday, May 25.

“As part of diversifying our product we have now introduced bow and arrow hunting to attract more people to Zimbabwe,” said Tinashe Farawo, Parks and Wildlife Management Authority spokesman.

The market for wealthy hunters from the developed world seeking a trophy specimen for display is becoming more competitive.

Earlier this week, neighboring Botswana ended a five-year ban on elephant hunting, sparking protests from conservationists who reject the argument that it will help provide money for poor countries and lead to better management of animal stocks.

“What we are doing is to capture that market so that we can also have more revenue and put the money back into conservation, improve our economy [and] create more jobs,” Farawo said.

Zimbabwe boasts a healthy population of buffalo running into hundreds of thousands.

The country’s wildlife is already a draw for tourists as well as trophy hunters from the United States, Europe and South Africa.

Perhaps the best-known game park is Hwange, on the border with Botswana, where the killing with a bow and arrow by an American hunter in 2015 of a much-loved lion called Cecil caused worldwide outrage.

Earlier this month, the cash-strapped government said it had sold nearly 100 elephants to China and Dubai for a total price of $2.7 million over six years, citing overpopulation in the national parks, encroaching into human settlements, destruction of crops and posing a risk to human life.

By the bootstraps: Handmade Zimbabwe shoes an unlikely global hit