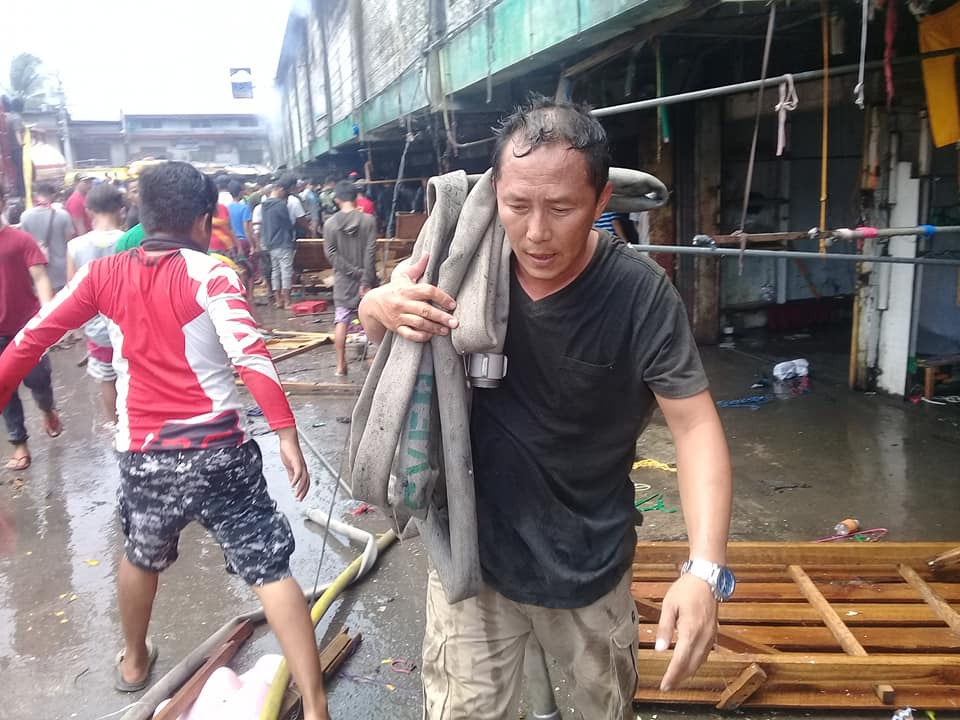 A fire volunteer hauls firefighting equipment after the operation to put out the two-hour fire that destroyed 13 stalls at the Cotabato City mega market at noon on Friday, May 24. (BFP photo)

COTABATO CITY —- A midday fire of still unknown origin destroyed at least 13 concrete stalls of the Cotabato City mega-market, one year and two days after a fire last year destroyed the two-story mega market building in the same area.

Fire Officer Aldrin Nara, spokesperson of the Cotabato City Bureau of Fire Protection (BFP), said the fire started at stall No. 24 of the mega market located along Martinez Street about 12:30 p.m. May 24.

Nobody was hurt in the fire that was placed under control after two hours.

“Most of the stalls were closed when the fire started,” Nara said.  “Many stall owners were Muslims who prayed at midday in a nearby Mosque in observance of the fasting month,” he added.

“We can only surmise at this time that unattended electrical appliances could have triggered the fire. We are still investigating,” he added.

Firefighters were still at the scene determining what triggered the blaze along rows of stalls in front of the market that was also hit by fire last May 22, 2018, which is still undergoing reconstruction.