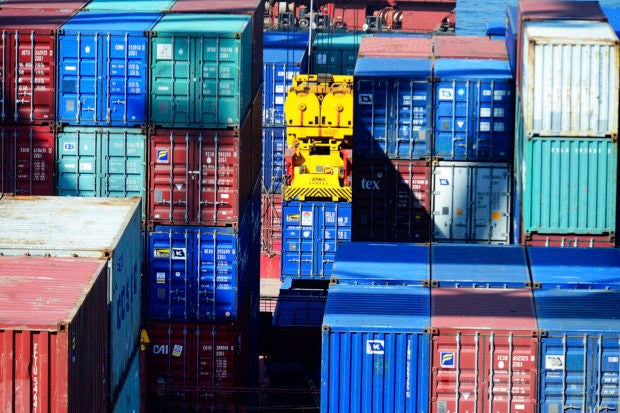 In this May 23, 2019 photo, a crane lifts a shipping container at a port in Qingdao in eastern China’s Shandong province. AP

BEIJING — South Korea says it’s discussing security issues regarding its 5G, or fifth generation, cellphone networks with the United States following a report the Trump administration is demanding that Seoul join a “war” against Huawei.

South Korea’s Foreign Ministry and presidential office did not confirm Friday a report by the Chosun Ilbo newspaper that U.S. officials want Seoul to block a local wireless carrier that uses Huawei equipment for its 5G services from unspecified “sensitive areas.”

It’s unclear whether Seoul would accept potential US demands to block imports of Huawei products at risk of triggering retaliation from China, its biggest trade partner.

Chinese surveillance equipment maker Hikvision says it takes US concerns about its business “very seriously” and is taking measures to ensure it complies with human rights standards.

The statement Friday comes amid allegations the company facilitates mass surveillance in China’s northwestern region of Xinjiang and could be targeted by Washington in a trade war with China.

Activists have been urging the US and other countries to sanction China over repression of members of Muslim minority ethnic groups in Xinjiang, where an estimated 1 million people are being detained in re-education camps.

The New York Times reported the US Commerce Department might put Hikvision on its “entity list,” restricting its business with US companies.

In its statement, the company said it had “engaged with the US government regarding all of this since last October.” (Editor: Eden Estopace)