SEOUL, South Korea – North Korea said Friday that nuclear negotiations with the United States will never resume unless the Trump administration moves away from what Pyongyang described as unilateral demands for disarmament.

The statement by an unnamed North Korean foreign ministry spokesman published in state media was the country’s latest expression of displeasure over the stalled negotiations.

It follows two separate launches of short-range missiles earlier this month that were apparently aimed at pressuring Washington and Seoul. 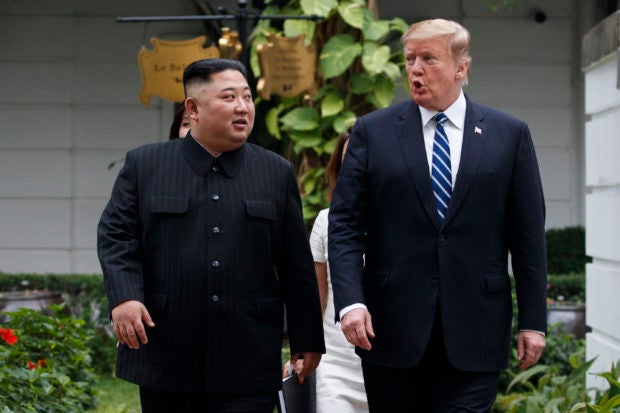 Talks between Washington and Pyongyang have been at a standstill since February, when a meeting between North Korean leader Kim Jong Un and President Donald Trump broke down over what the Americans described as excessive North Korean demands for sanctions relief in exchange for a partial surrender of its nuclear capabilities.

Kim has since declared that the Trump administration has until the end of the year to come up with mutually acceptable terms for a deal.

In a statement carried by Pyongyang’s official Korean Central News Agency, the North Korean spokesman accused the U.S. of deliberately causing the collapse of the Trump-Kim meeting with unilateral and impossible demands.

“We hereby make it clear once again that the United States would not be able to move us even an inch with the device it is now weighing in its mind, and the further its mistrust and hostile acts toward the DPRK grow, the fiercer our reaction will be,” the statement said, referring to North Korea’s formal name, the Democratic People’s Republic of Korea.

“Unless the United States puts aside the current method of calculation and comes forward with a new method of calculation, the DPRK-U.S. dialogue will never be resumed and by extension, the prospect for resolving the nuclear issue will be much gloomy,” the statement added. /gg