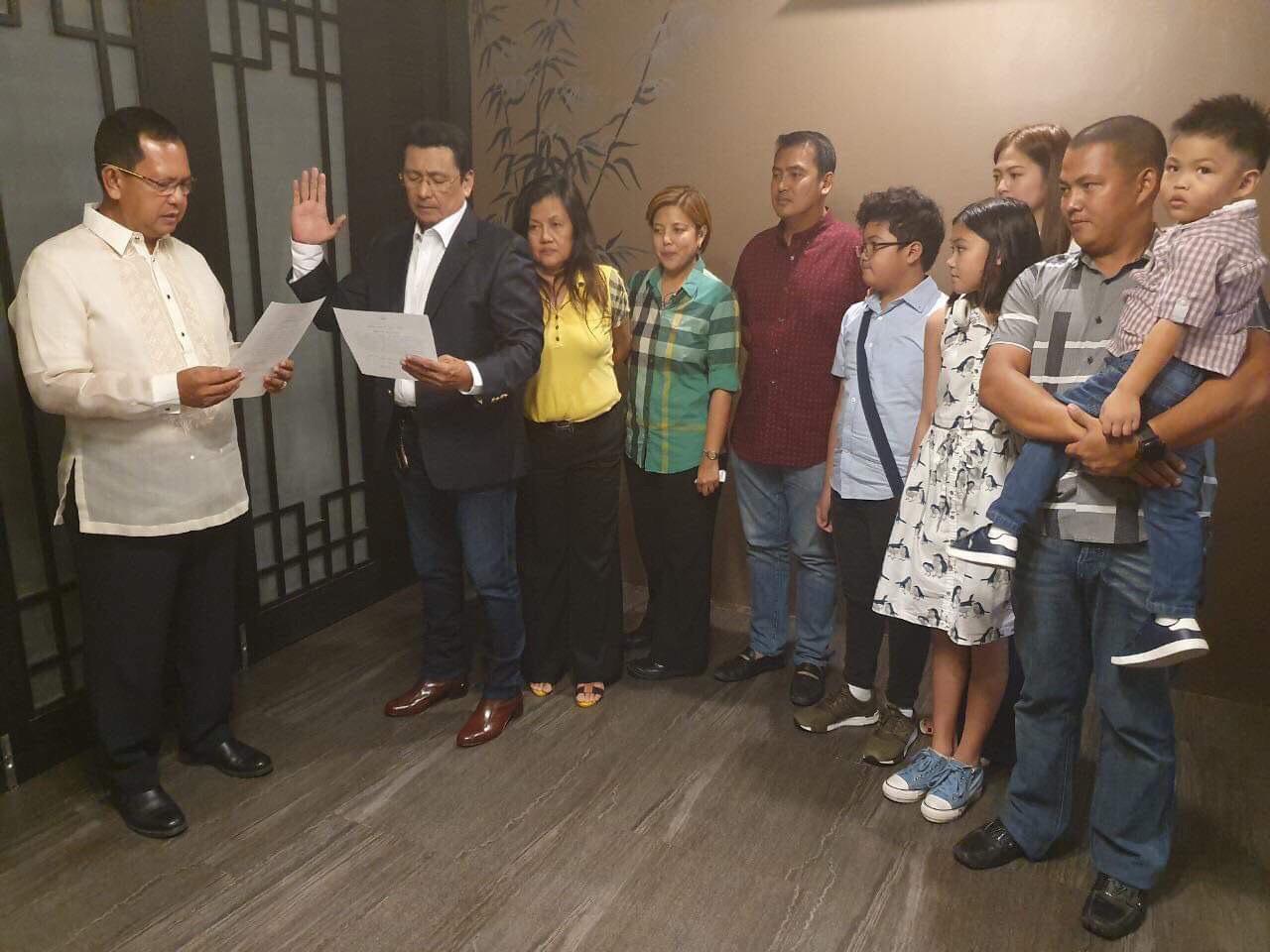 OATH. Senator-elect Lito Lapid takes his oath before Barangay Pantoc Chairman Oliver Duya in Meycauayan, Bulacan on Thursday, May 23, 2019. (Photo from the office of Lito Lapid)

Lapid was accompanied by his wife Marissa and their children  – Mean, Mark and Maynard.

The Commission on Elections (Comelec) proclaimed Lapid on Wednesday at the Philippine International Convention Center (PICC).