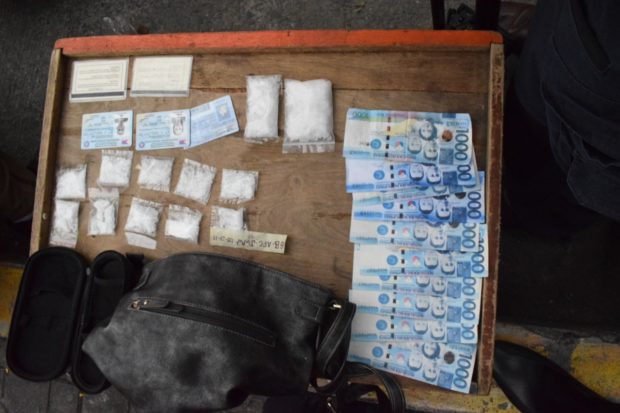 MANILA, Philippines — A salon owner and his staff and driver landed behind bars on Thursday after the Quezon City police caught them in possession of more than P800,000 worth of shabu (crystal meth).

The Batasan police station arrested Johairah Wali, 33; Edgar De Asis, 30; and Ernelito Reyes, 46; in a fast food chain on Commonwealth Avenue in front of Ever Gotesco Mall in Barangay Batasan Hills at 4 p.m.

Police said suspects sold P1,000 worth of shabu to a police officer posing as a buyer inside the fast food chain.

Lt. Col. Joel Villanueva, station commander of Batasan police, said Wali was the source of shabu, noting that the suspect’s market even reached in other areas of Quezon City.

The suspects were brought to the police station for proper disposition and filing of charges. (Editor: Eden Estopace)