PCG, BFAR intercept P3.24M worth of ‘blasted’ fish in Palawan 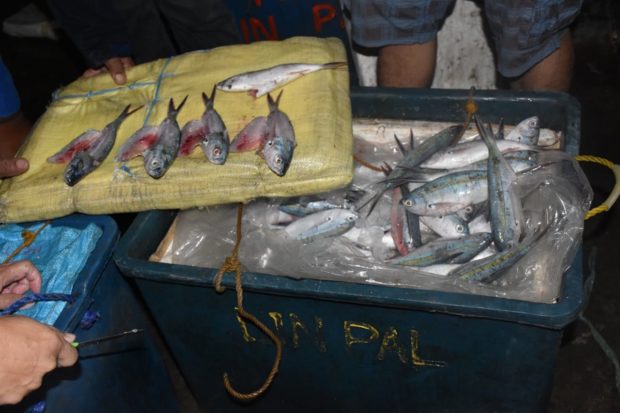 PHOTO from the Philippine Coast Guard

The PCG and the Bureau of Fisheries and Aquatic Resources (BFAR) Law Enforcement 4-A seized fish tubs containing blasted fish and other marine species believed to be endangered last May 20.

The PCG said the fish tubs were on board a cargo vessel named Merchant Vessel Alejandra bound for Manila from Linapacan in Palawan.

Upon checking, the PCG and BFAR found that 79 of the 162 fish tubs in the vessel contained positive blasted fish with an estimated market value of P3.24 million. 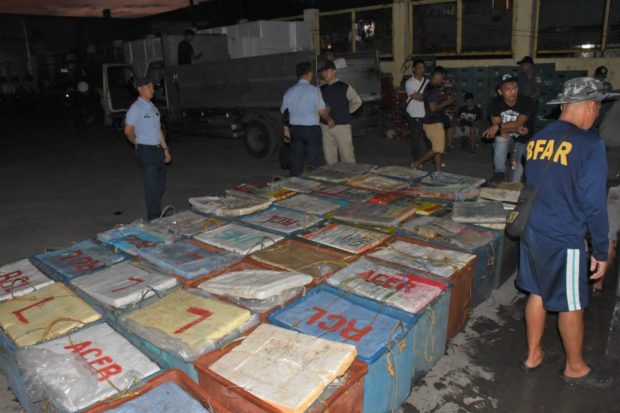 PHOTO from the Philippine Coast Guard

A fish tub containing endangered species such as stingrays and sharks was also seized.