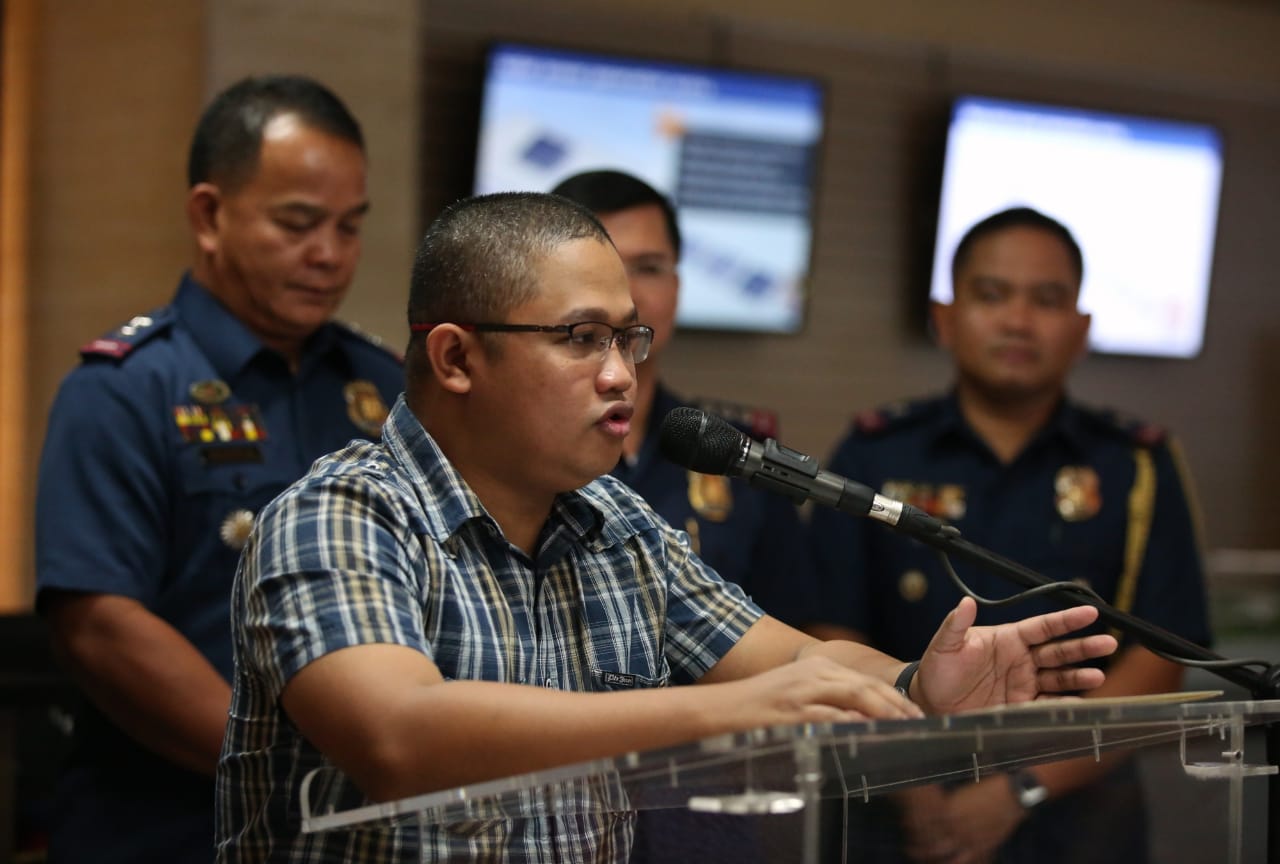 MANILA, Philippines — Peter Joemel Advincula, the man who says he is “Bikoy,” revealed on Thursday that all his claims in the narcolist videos were lies orchestrated by the Liberal Party and Senator Antonio Trillanes IV.

“Ito ay pawang orchestrated lamang ng (These are all orchestrated by the) Liberal Party under the handling of Senator Antonio Trillanes IV,” Advincula said in a press briefing at Camp Crame.

Advincula said those behind the videos promised to give him P500,000 in exchange of being featured in the video series titled “Ang Totoong Narcolist,” where he linked close allies and relatives of President Rodrigo Duterte to illegal drugs weeks before the elections on May 13.

He has not been given the cash promised him, but he said he surrendered because he was being haunted by his conscience.

(My conscience was haunting me. It is hard to live a life where you have a director and someone dictates what you should do.)

Advincula, likewise, said his allegation that Senator-elect Christopher Bong Go had a dragon tattoo linking him to a drug syndicate was false.

According to Advincula, the videos aimed to boost the popularity of the eight senatorial bets of the opposition who mostly did not land spots in election surveys, and these were part of the so-called “Project Sodoma” to unseat President Rodrigo Duterte.

The plan, he said, was for Vice President Leni Robredo to instead become chief executive. The opposition will then make a way for Trillanes to be vice president.

When this happens, Robredo will grant absolute pardon for all cases of Advincula, including his cases of estafa and large-scale illegal recruitment in Benguet province and Baguio City.

Advincula said the opposition hatched “Project Sodoma” for nine months, and that they were holding several meetings at the Ateneo De Manila University and De La Salle University.

He added Robredo shortly showed up in one of the meetings in Ateneo but did not participate in the discussion.

He said he also spoke several times with Senator Risa Hontiveros, a staff of Senator Leila De Lima, and other personnel from LP.

Trillanes, meanwhile, was using the codename “Estela” in their conversations, according to Advincula.

But after the elections, he said his cohorts in the creation of the videos started to abandon him, especially since no candidate from the opposition won in the senatorial race.

“Ang kinakatakutan ko ay baka sila pa ang mag-eliminate sa akin kalaunan dahil wala na akong silbi (I’m afraid that they would soon eliminate me since I have am no longer of any use to them),” he added.