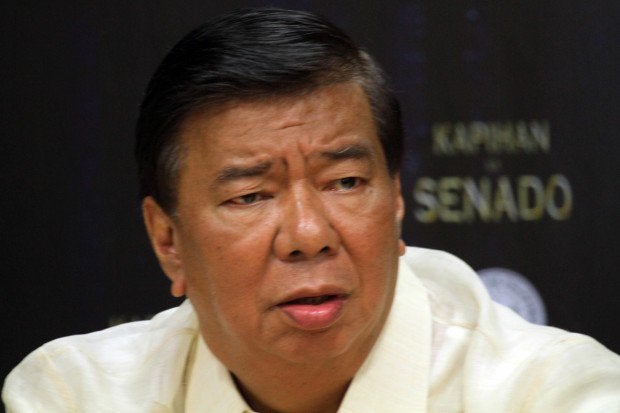 Drilon is vice chair of LP, which Advincula tagged as among those behind him and the so-called “Bikoy” or “Ang Totoong Narcolist” videos.

The senator vehemently denied the allegations against the LP.

Drilon earlier urged the reopening of the shabu probe on presidential son Paolo Duterte citing the claims of Bikoy in the videos that linked family members and friends of President Rodrigo Duterte to illegal drugs.

“The Liberal Party had nothing to do with the so-called Bikoy video. We deny the accusations,” Drilon said in a statement.

“That the Liberal Party connived with an obviously professional con artist to topple the government is most absurd. It is ridiculous on so many levels. It’s excruciating to have listened to all his lies.”

“Having said that, I urge the Philippine National Police to get to the bottom of this Bikoy issue and file the appropriate charges,” Drilon added.

Advincula earlier claimed that he was “Bikoy,” the hooded man in the “Ang Totoong Narcolist” videos, and accused Duterte’s relatives and allies of involvement in the illegal drug trade.

But he recanted his statements on Thursday.

Advincula claimed that the LP and other opposition members, including Senator Antonio Trillanes IV, were behind him and the videos.

The opposition, he said, was also planning to unseat Duterte and install Vice President Leni Robredo as the new president, and Trillanes as vice president. (Editor: Cenon B. Bibe Jr.)