400 truckloads of trash taken from Manila Bay since January 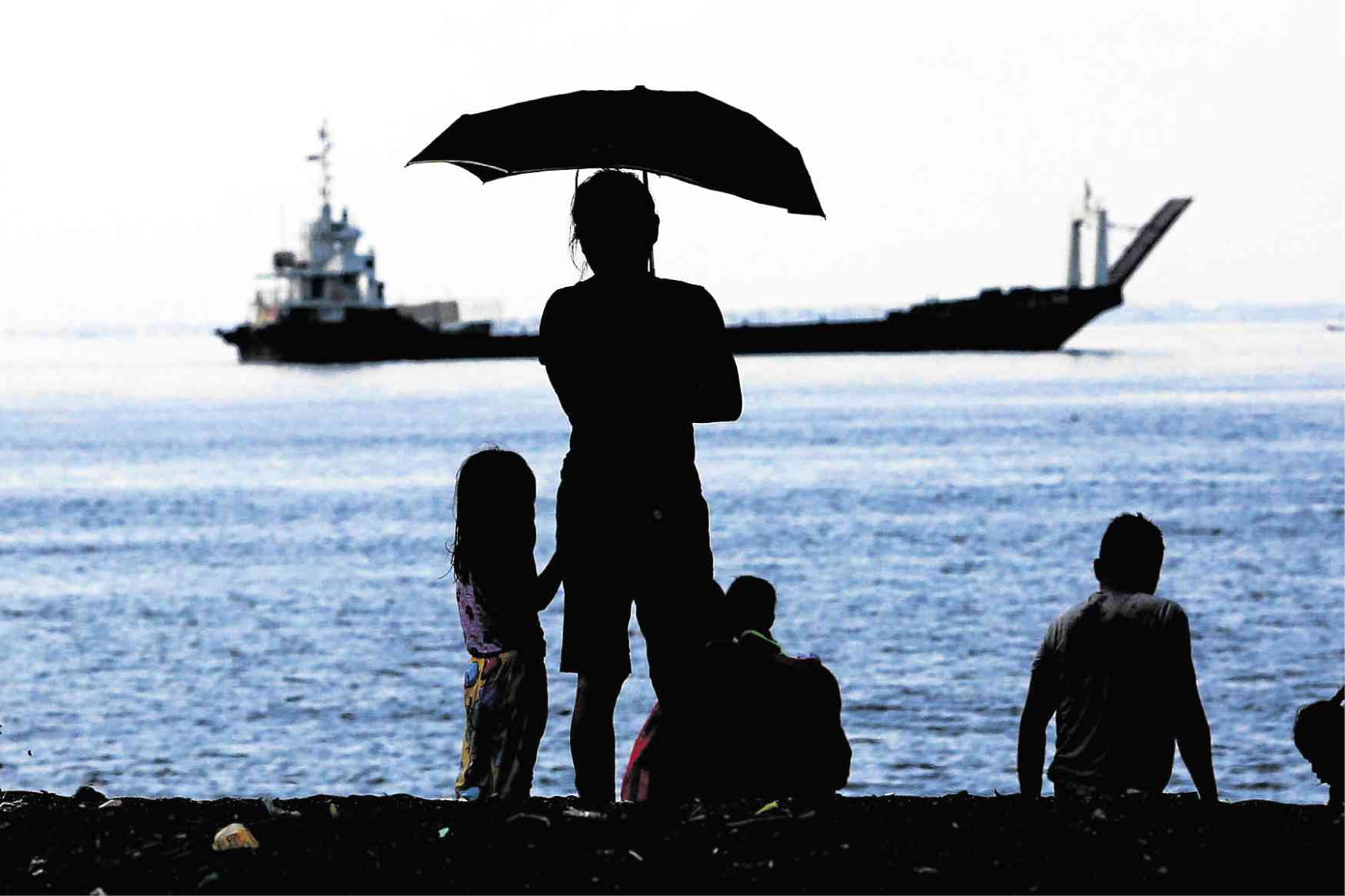 BAY WATCH A mother and her children relax by the side of the bay at Baseco Compound in Tondo, Manila, one of the areas targeted for clearing operations. —MARIANNE BERMUDEZ

MANILA, Philippines — Some 400 truckloads of silt and trash have already been removed from Manila Bay since the government kicked off its rehabilitation program in January, the Metropolitan Manila Development Authority (MMDA) said on Wednesday.

However, two crucial components of long-term rehabilitation — the relocation of informal settlers and installation of sewerage treatment plants — have yet to be completed.

A summary report from the MMDA’s Flood Control and Sewerage Management Office (FCSMO) said 3,018 cubic meters of trash had been collected since the rehabilitation started.

San Antonio, Padre Faura and Remedios, in particular, serve as catchment for much of the waste coming from Taft Avenue, which Melgar identified as a particular problem area.

“There are condominiums, restaurants and business establishments along that area that feed their untreated waste directly into the drainage,” he said. “If they would treat their waste first, it would go a long way into helping save the bay.”

With the cleanup completed, the DENR should be able to build sewerage treatment plants to clip pollution at the drainage laterals, he added.

Also part of the interagency cleanup efforts is the relocation of some 100,000 informal settler families living beside the bay, particularly at Baseco Compound in Tondo, Manila, as they contribute to pollution.