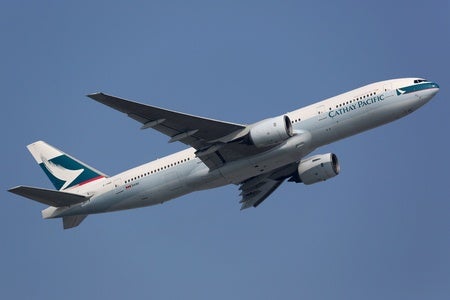 Two large companies in Hong Kong have banned featuring an airline’s advertisement which showed two men holding hands, prompting one of its models to speak out.

Howard Chan Ho-Wan was one of the models who appeared in the same-sex ad of Cathay Pacific, as per South China Morning Post on May 22. The 38-year-old Chan has decided to speak out after the ad was rejected by the Hong Kong International Airport and the railway operator.

In the commercial, Chan and another model can be seen holding hands while walking in a beach, fully dressed. The ad was part of the airline’s rebranding campaign to highlight the company’s support of the LGBT community.

“It’s very subtle. We’re not naked, we’re not kissing each other or making out,” Chan was quoted as saying. “We’re holding hands, wearing suits on a very beautiful beach. And our faces are not shown. [The two companies’ reaction] quite surprised me.”

Contrary to the companies’ ban of the ad, however, the public’s response toward it was positive. As per Chan, many people reacted after news broke out that the ad had been prohibited; they also offered their support. Due to the public’s glimmering response, the Mass Train Railway and the Hong Kong airport backtracked and lifted the ban.

Chan has said it is rare to have ads with positive LGBT elements in Hong Kong: “It is really rare, of that I know. Hong Kong may be too conservative.”

However, he still feels proud for being a part of the airline’s campaign for diversity and is happy the airport and railway operator changed their policy. It is, after all, proof that times are changing.

“It’s an important step. You can see the public response hasn’t been negative,” Chan said in the report. “We can do more step by step.” Cody Cepeda/JB